Air New Zealand has signed a major aircraft order with Airbus which will replace its Tasman and Pacific Island fleet. Business editor Dene Mackenzie talks to Forsyth Barr broker Andrew Rooney about the implications of the order for the national carrier. 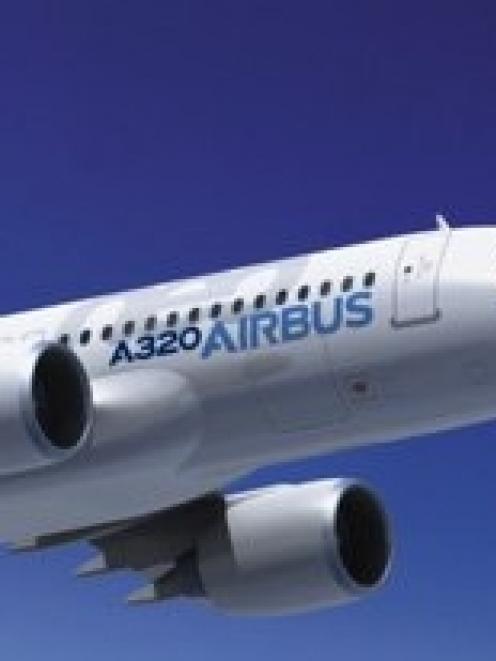 The airline industry generated consistently low and often volatile returns. While Air NZ was no exception, it had a better track record than most of its international peers.

Strong management and the structural advantage of being based in New Zealand, with a dominant local business, offered some earnings support, he said.

The national carrier recently signed a major aircraft order with Airbus to replace its Tasman and Pacific Island fleet.

Mr Rooney said Air NZ would buy 14 A320 family aircraft at an estimated price of $1.4 billion.

The ongoing fleet renewal programme, which included the introduction of the first B787-9 later this year, was extended to the 2020 financial year.

''The replacement of the current Tasman and Pacific Island capacity with new A320 aircraft offers Air NZ a financially superior outcome than retaining the existing fleet, in our opinion.

''In light of management's fleet renewal track record we are trusting, despite not knowing, the full financial impact of the deal and that of the capacity it replaces.''

The fleet changes had no impact on Forsyth Barr's ''explicit'' earnings for Air NZ, given their long-term nature, Mr Rooney said. The broker had an outperform rating for the airline.

The airline did not disclose aircraft purchase details, rather acknowledging the purchase price included a standard airline discount on the list price of $NZ1.6 billion.

Forsyth Barr estimated the standard airline discount typically amounted to between 20% and 30% but in the latest purchase, the discount was likely to be at the bottom end of the range given the success of the A320 aircraft family, Mr Rooney said.

Forsyth Barr analysis suggested the list price of the aircraft was $1.7 billion, rather than the $1.6 billion, at an exchange rate of US85c. Applying a 20% discount, the estimated price came in at $1.4 billion.

Notwithstanding some uncertainty on the price and payment method, the new Airbus order had three key implications for Air NZ.

• Increased capacity. In combination with the existing fleet renewal programme, including the delivery of 10 B787-9s, the new Airbus order would help expand capacity by 23% for international and 20% for the domestic jet fleet by 2020.

Air NZ had committed itself to operating an exclusive Airbus fleet for short haul and domestic trunk routes.

The current international narrow body fleet was not old at an average age of less than eight years. However, most leases - typical duration of 10 years - were coming up for renewal. Air NZ was taking advantage of a favourable funding backdrop, strong demand outlook and attractive aircraft pricing in its replacement programme, he said.

Commercial twin-prop aircraft smaller than the ATR72 (69 passengers) or Q400 were no longer being manufactured. As the ageing Beech 1900D (19 passengers) fleet was retired, Air NZ's ability to service many regional centres might be compromised.