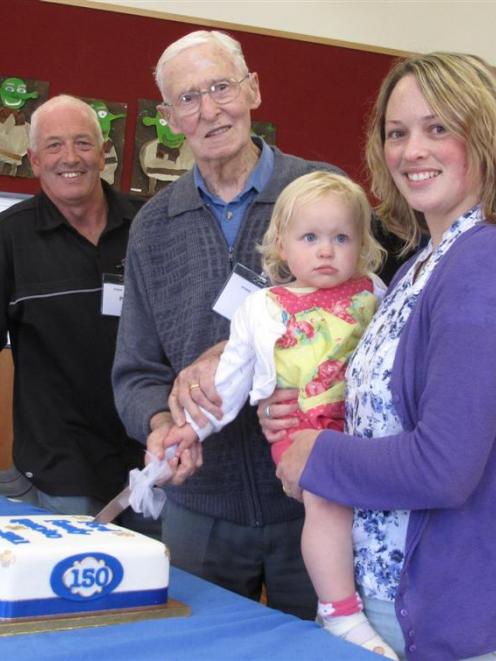 Four generations of the Ford family (from left) Paddy Ford, of Dunedin, Jack Ford, of Balclutha, Cathy Phillips, of Dunedin, with daughter Madeline (22 months). Photo by Eileen Goodwin.
A family with a link to the Otago goldfields celebrated 150 years in New Zealand at the weekend.

Ford reunion organiser Paddy Ford said it was 150 years since his great-grandfather, Patrick Ford, arrived in Dunedin from County Galway, Ireland, docking at Port Chalmers on March 17, 1861 on Melbourne.

Also on board was his wife-to-be, Ellen Crowe, whom he married two years later.

The couple had 11 children.

Before he settled down, Patrick Ford, a wheelwright, was believed to have made the first "long tom", a 6m sluice, on the Otago goldfields, at the behest of Gabriel Read.

He then followed his fortune to the Shotover, where he experienced the 1863 flood that killed an unknown number of miners.

After marrying, the couple bought a farm in Southland.

Mr Ford was delighted the reunion tied in with the 150th anniversary of the discovery of gold in Gabriel's Gully, and the family headed to Lawrence on Sunday to participate in the anniversary.

On Saturday, the group toured sites of significance in Dunedin and Port Chalmers, and watched Steadfast on its way to berth at Birch St wharf.

Mr Ford said 85 descendants participated in the reunion, from as far afield as Mozambique and France.

His father, Jack Ford (89), of Balclutha, was the oldest participant. 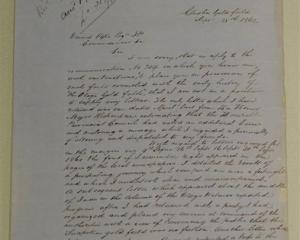