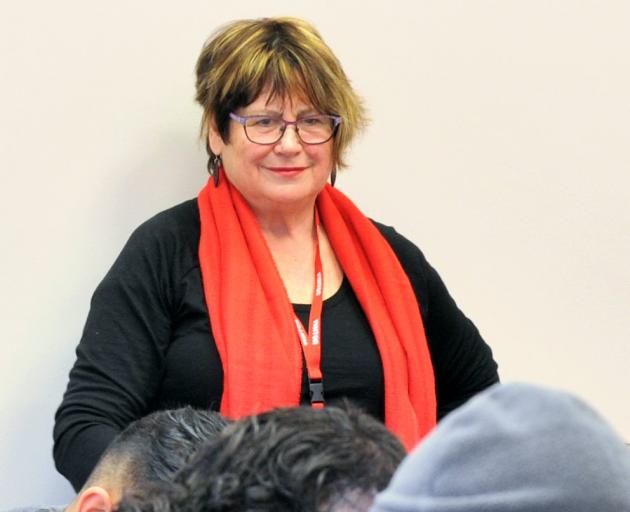 A dozen inmates at Otago Corrections Facility (OCF) were treated to a workshop by creative-writing guru Diane Brown this week.

New Chapters — an initiative launched by the Otago Daily Times  with Corrections and the University Book Shop — is on the hunt for literary talent behind bars.

The prize is open to prisoners at OCF and Invercargill prison — there is a 600-word limit, and the rest is up to them.

Ms Brown told the prisoners who packed a classroom for her session this week that her motives for becoming a writer in her 30s may not be so different from theirs.

"The reason I wrote in the first place was just to make sense of my life. That’s all the reason you need to write," she said.

Ms Brown, who is currently working on an extended poetic family memoir called Taking My Mother To The Opera, had a captive audience.

Paul* spoke to the ODT during the session and was impressed someone had given up their time to lend their expertise.

"Having someone intelligent and articulate who can see past the bad things you’ve done and see the good in you; it goes a long way for people in here," he said.

"Things like this are part of the solution to stopping reoffending."

Paul said English was the only subject he had passed at school and he relished the opportunity to put pen to paper again.

He had loftier goals than simply finding an outlet for his emotions —immortality was at stake.

"Writing, especially that which gets published or widely read, enables a person to live forever. That’s the power that writing has," he said.

He said he had never written for pleasure until the competition launched a few weeks ago.

"It kept snowballing after one idea."

Ms Brown described the session as "stimulating and rewarding" and was impressed  the array of talent at OCF.

She told the men there were plenty of university-educated middle-class authors out there, but stressed there were no barriers to creativity.

"You’ve got a lot of experience you can write about as well as your imagination," Ms Brown said.

"You’ve got stories that are really important for everybody else to read. That’s why it really matters that you tell your stories."

Entries for New Chapters close at the end of the month.

The overall winner and a people’s choice prize, as voted for by online readers, will be announced in October.

Ms Brown’s workshop at the prison was sponsored by the University Book Shop.

*Names have been changed to protect identities.