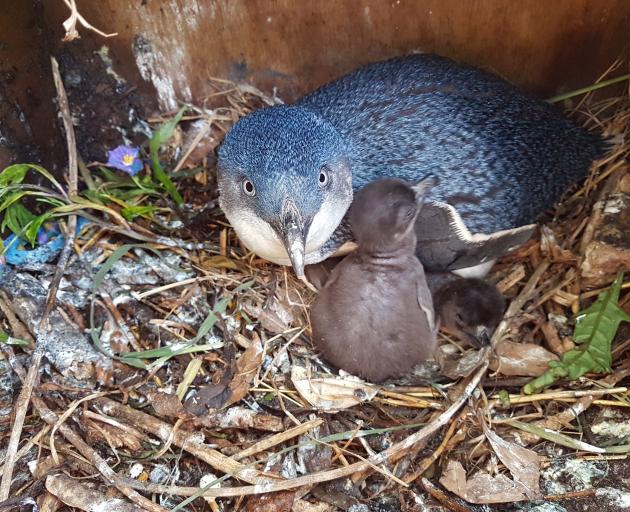 Blue Penguins Pukekura scientist Hiltrun Ratz said more eggs than ever had been laid this season.

There were still 108 chicks in the colony; 319 chicks had fledged so far. Last season 269 chicks fledged.

The number of breeding females in the colony had also increased significantly, from 175 last season to 213 this season, including 54 chicks from 2017 who returned to breed.

The boxes were installed late last year by Blue Penguins Pukekura, which is run by Pukekura Trust, a kaitiaki conservation partnership between the Korako Karetai Trust and the Otago Peninsula Trust, with funds raised from tours of Pilot Beach.

The partnership between the trusts was established to look after the land at Takiharuru/Pilots Beach and to care for the penguins, flora and fauna of the Pukekura reserve.

Conservation efforts at Pilots Beach also included restoration of habitat, which involved removing introduced plants and weeds and replacing them with native plants.

About 25 to 30 hours of paid work was put into conservation each week, as well as many hours by volunteers, Dr Ratz said.

There was a note of caution, though: penguin numbers were good now, but it was an up-and-down business.

Little penguins did well when they were looked after on land, but a fluctuating food supply could cause numbers to collapse.