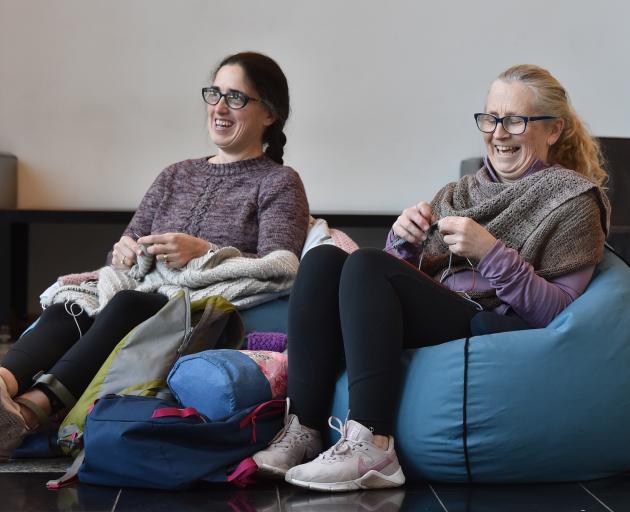 The annual gathering began in 2005 as a way for knitters to get out of their houses with their knitting in tow, and come together to enjoy each other’s company.

"I’m a teacher and knitting is such a nice way to unwind at the end of the day because it’s kind of all-consuming with your thought patterns.

"So it means that you turn off from all the stresses of the world."

Knitting became second-nature after a while, so it was possible to have "good yarns" with each other without dropping stitches.

"It depends on what you’re knitting and how complex the pattern is."

Knitting was coming back into fashion among all age groups, but she was still surprised at how many people attended the World Knit in Public Day.

"I recommend it to people not only because it’s a good way to relieve stress, but because it’s also very satisfying making yourself something.

"It gets your creative juices flowing, and it also supports the local wool industry too.

Many of those who attended the event also admitted part of the attraction was the promise of 10% off their bill at the museum’s cafe if they showed staff their knitted crafts.