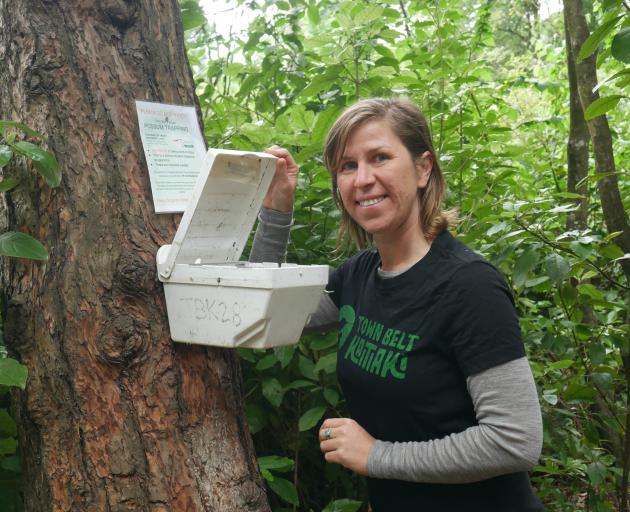 She and her partner are building a house on their 2.4-hectare section, and will be ‘‘lifestyle farmers for a while’’.

Town Belt Kaitiaki had been around for about 18 months when Ms Babirat got the job, but she was the first education co-ordinator.

It operated as a working group of adults discussing their dreams for what it would become, she said.

She would miss the job and was proud of the change she had seen in the young leaders.

They had been ‘‘budding leaders’’ to start with and had gone from strength to strength.

‘‘The immediate goal was making sure that the element of student leadership was really embedded in the programme.’’

The pupils had learnt how to approach businesses for sponsorship, examined their own leadership style and worked with environmental mentors.

‘‘I have loved how the community has come together to support schools and early childhood centres wanting to make a difference.’’

She was pleased with the programme’s growth, in particular the number of schools and early childhood centres that had become involved.

Seven groups were involved last year and 15 this year.

About 930 pupils were involved in learning about the Town Belt, and 64 teachers.

‘‘Bit by bit’’ teachers had taken on the challenge of moving their classes outdoors, for which she had a lot of ‘‘respect and admiration’’.

During the past two years, 62 possums had been trapped, 710 plants and shrubs planted and 12 rubbish clean-ups held.

‘‘For those young people to be committed is pretty amazing.’’

She hoped they would continue to become more environmentally aware and make decisions that put the environment first.

Although she did not know much about the Town Belt before she started working in it, she was now ‘‘fully in love’’ with it.

‘‘It’s incredibly diverse. It’s not just about the wildlife, it’s about the history and the richness of that history.

‘‘It’s been a real community and collaborative effort.’’