By Wyatt Ryder
0 Comments
Pupils of a small rural Otago school have programmed their way to national success by teaching robots to act out a classic children’s tale.

About half of the 23 pupils at Lee Stream School entered the Robocup competition, five in the junior team and six in the senior team.

After having success on the regional stage, the groups entered the national heats.

The senior team placed first in the theatre challenge with a Charlie and the Chocolate Factory-themed performance.

The robotic retelling depicted Augustus Gloop being swept down the chocolate river before Willy Wonka and Charlie continued with their tour of the factory.

Principal Rachelle Moors said she was delighted to see the small school do so well. 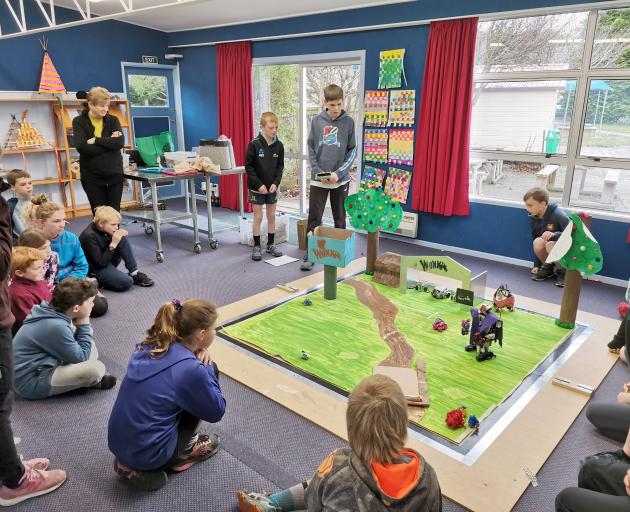 The school was focusing on a more digital curriculum which included some programming, but the pupils were the driving force behind the team, she said.

The group had been meant to travel to Wellington for the national competition, however submissions were moved online due to Covid-19 restrictions.

Not going to Wellington was disappointing, but the school was very pleased with the win.

The money fundraised by the group went towards better equipment, such as a new computer, she said.

Robbie said programming could be challenging and it was about finding the right balance to make sure everything worked.

It was "really cool" to win the competition and he hoped to continue with robotics in the future.

The group’s members were proud of their production, but there was always room for improvement, he said.