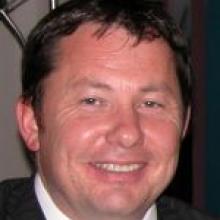 John Christie
An Otago Chamber of Commerce survey has revealed more than three-quarters of Dunedin businesses experienced no financial benefit from the All Black test match against South Africa last month.

Chief executive John Christie said the survey covered a cross-section of Dunedin businesses and 79% of those who responded said the test on July 12 had no effect on their business. The 17.4% which did register financial benefit from the event were mainly in retail, hospitality and accommodation.

Mr Christie said he was not surprised by the survey results.

"I think the survey results were a good reflection of what we were hearing anecdotally from businesses in Dunedin."

When asked if it was worth building a new stadium in Awatea St if only 17.4% of the Dunedin business community would benefit, Mr Christie said the survey might not have encapsulated all the businesses which received financial gain.

"It's a very good question. It's a bit like when you throw a pebble into a pond - there are ripples near where it hits the water, but further out the benefits are less.

"Hospitality was closely impacted, but further out suppliers of food to restaurants may also benefit but [the benefits] are not as noticeable. The survey might not have picked up these types of businesses."

Otago Rugby Football Union chief executive Richard Reid said the union made about $400,000 from the test, and he was surprised by the findings of the survey.

"I haven't read the report but I think, anecdotally, there were a lot of people in town having a good time. I would take the conclusion from that, that the game had a good impact on businesses."

Mr Christie said it was difficult to tell whether the event had boosted business confidence in the city. While confidence had fallen from what it was six months ago, it was improving.

Retail trade had been worst affected by the economic situation. However, business services such as accountancy and law were "holding firm" and manufacturing was improving slightly.

The Dunedin City Council is working on an economic impact report of the game, and results are due to be released soon.