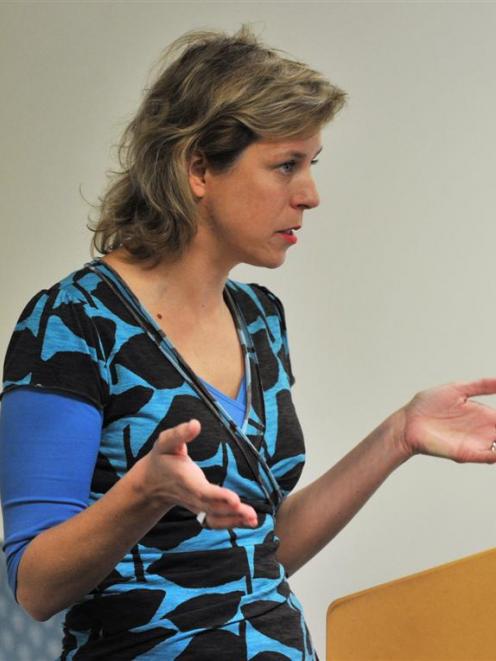 If New Zealanders took more notice of the Chinese proverb frequently shared by University of Otago media, film and communication senior lecturer Davinia Thornley, maybe Out of the Blue by Dunedin film-maker Robert Sarkies would have received the critical acclaim it deserved.

Dr Thornley said the 2006 dramatisation of the November 13, 1990, shootings of 13 people at Aramoana, should be seen by more people.

The film had been overlooked in New Zealand - not only because of the film's subject matter, but also because of what she called "national genre confusion", Dr Thornley said at a free public lecture at the University of Otago Richardson Building this week.

"We are capable of much more than only male angst or romantic melodramas. We need our boundaries expanded and Out of the Blue is a film that does that. It requires us, as audience members, to have greater maturity about the genres we choose to watch."

Dr Thornley said she was amazed at Sarkies' ability to make such a beautiful portrait of a horrific event.

Rather than treating the murders in a "visceral" way, Sarkies had understated the violence.

However, many people had pigeon-holed the film into a pre-ordained generic category without even seeing it, she said.

"It has the potential to do so much for our cinema, but a lot of people have told me they didn't want to see it on principle. But that's such a loss.

"His movie is exactly the opposite, and people should try to get over their initial aversion. I really hope people will get the DVD out and give it a chance."

Dr Thornley said Out of the Blue's perceived short-term weakness - its shifting aesthetic and thematic markers - may in fact be its long-term strength, if it became known as a film that allowed New Zealand to circumvent the generic restrictions often placed on the cinema of small nations.

"In the final analysis, I believe a film like Out of the Blue can give hope ... I say hope because although Aramoana is the place where this horror happened, it is also the place which survived that horror.

"It is, in the end, the place and the people that continue. When mainstream New Zealanders begin to recognise this, when they find themselves more ready to acknowledge the important work that a film like Out of the Blue has done, it will mark a point.

"This point is one place from which they can begin to work through their own metaphorical and political struggles with this country's legacies of both 'men alone' and colonisation."