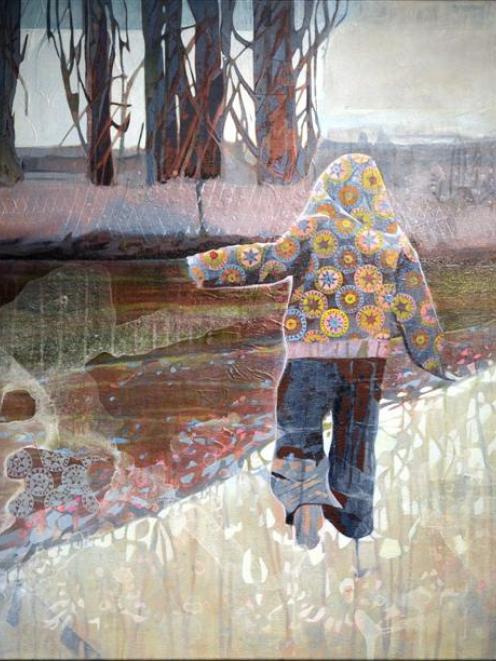 Dunedin artist Anna Smythe's acrylic on canvas painting Smashing Ice, of a hooded character wandering into a wintry scene, was announced the winner of Dunedin's premier art prize in the packed gallery. Smythe (34) won New Zealand athletics championships gold medals in the 200m in 2005 and the 100m in 2010.

Judge Simon Kaan said the exhibition was so difficult to judge he had to assess it on three separate occasions during the week.

Eventually, the winning work ''just stood out'', he said.

''I liked the mysticism of it. It was beautifully painted.''

Otago Art Society president Andrena Hall said nearly 100 entries had to be culled from the 230 works in the exhibition. The show runs until April 7.

Merit awards ($500): Stewart Island, by James Cordery; The Day They Closed Our Tramway Down, by Alf Berland; Ring (a deer antler carving), by Fumio Noguchi.