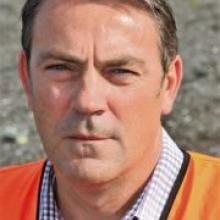 The Dunedin City Council says faulty sensors are to blame for the foul smell coming from the Tahuna wastewater treatment plant, after the facility became overloaded with "biomass''.

"At the moment, we're pretty sure we've got to the bottom of it,'' council wastewater treatment manager Chris Henderson said when contacted yesterday.

The cause of the smell had been traced to three malfunctioning sensors located inside different parts of the treatment plant.

The sensors were designed to measure the amount of "suspended solids'' inside the wastewater stream as it went through the plant's treatment process, he said.

The failure of the sensors had allowed up to 80% more biomass than expected to build up in the plant, overwhelming the facility's odour filters and allowing the smell to escape, he said.

"The bio-filters were actually simply overloaded by the amount of odour that was being produced,'' he said.

The cause of the problem was finally identified last Thursday, but only after complaints about the vomit-inducing smell - described as similar to rotting vegetables - from some South Dunedin residents.

Mr Henderson said the amount of biomass inside the plant had been steadily reduced since then, along with the smell.

"We appear to have got on top of the odour problem itself, and we haven't had any odour emitted from site, or any complaints, since Thursday last week,'' he said.

It was not yet known what had caused the sensors to fail, but it was "very unusual'' for three to malfunction at the same time, he said.

It was too soon to say whether an unwanted chemical or other substance had passed through the plant, disrupting the sensors, but Mr Henderson said he was "suspicious that they're all wrong at the same time''.

The council had instituted a manual "work-around'' to address the problem while the details of the fault were investigated, he said.

The cost to date had been minimal, and it was possible the sensors could be recalibrated to work properly, Mr Henderson said.

If not, a full replacement could take up to two months and cost "tens of thousands'' of dollars, he said.