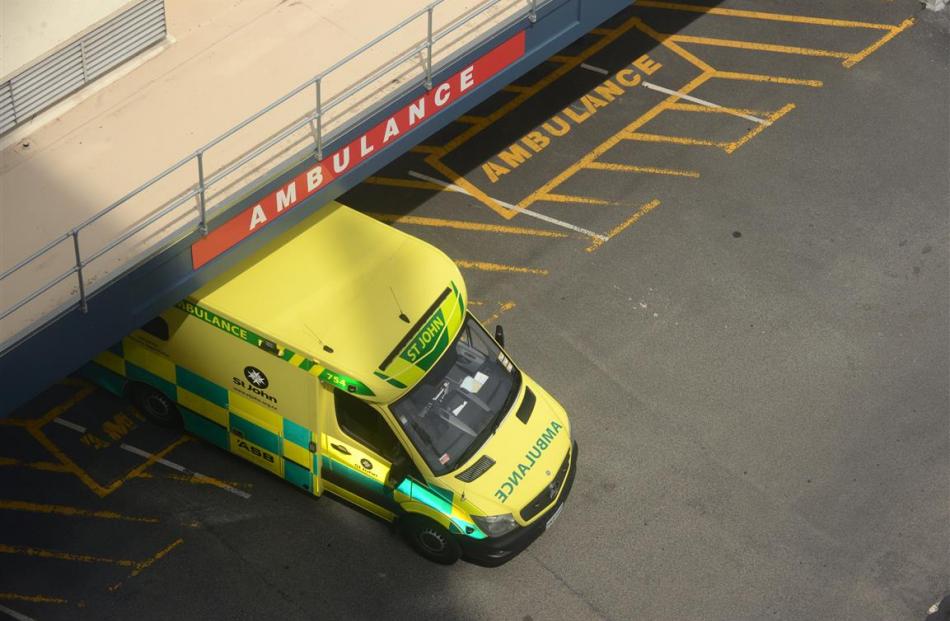 His concerns come after it was revealed, in a leaked staff memorandum to the ODT, that St John would run a single-crewed ambulance in Dunedin, which would affect response times and could put staff at risk.

Mr Roper believed St John had money to employ extra staff and a "corporate model'' being followed by hierarchy was detrimental to the community and St John staff.

"St John have got more than enough money to provide a better service than they are currently providing,'' Mr Roper said.

"I think it's a lack of focus on the core business, responding to emergency calls.

"The first thing they need to do is unravel themselves from this corporate model.''

Money was being spent on reform and unnecessary or inadequate upgrades, he said.

That included spending more than $100,000 on new ambulances when one could be sourced for about $70,000 in Australia and upgrading ambulances to a new colour.

Staff uniforms had also been upgraded but were not adequate for night jobs, Mr Roper said.

Money was not being allocated to the right places, he said.

Formerly a 12-year St John paramedic in Auckland and Canterbury and an ambulance educator at the Auckland University of Technology, Mr Roper said he heard "dissatisfaction'' from staff regularly.

All the reforms of the last decade or so had just been costing money and not improving the service.

They were being left to "hold up one end'' by doing more than what was in their job description with less support.

"Something needs to change. Somebody needs to drive that change.''

A Dunedin St John volunteer, "at the centre of it'' and who did not want to be named, said St John had been "single-crewing for years''.

"If someone rings in sick, instead of paying another person, they will run a single crew,'' the volunteer of more than 20 years said.

They were "manipulating volunteers'' to suit themselves and "played on people's heartstrings'' to make it look like everything was running smoothly, the volunteer said.

Dunedin South MP Clare Curran said she was "deeply concerned'' patients and the ambulance service in Dunedin were compromised and was worried it could lead to a fatality.

If a single ambulance officer arrived and were not able to do their job, it could lead to retribution from "angry'' members of the public, she also said.

"When there is a cutback, people in the community need to know.''

The Amalgamated Workers Union released a statement yesterday saying single-crewing and the utilisation of volunteers were "ongoing issues'' in Dunedin and throughout New Zealand.

Secretary Calvin Fisher said single-crewing was "unacceptable'' and the service in Dunedin was stretched.

A St John spokesman said it was not St John's practice to comment on non-specific assertions from unknown sources but it was "committed to stopping single crewing'' by 2018.

St John was awaiting the outcome of a funding review, he said.

"St John strives to deliver the best possible value for money as part of being accountable for the donations, taxpayer funding and volunteer hours we receive,'' he said.