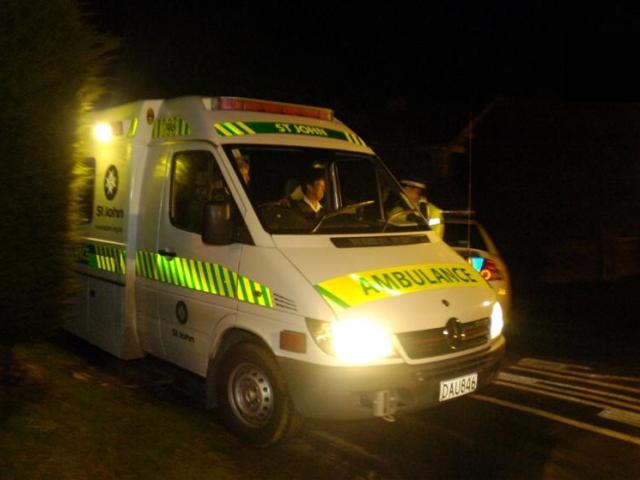 An Owaka man has been taken to Balclutha Hospital tonight after being kicked in the head by a cow.

St John is being forced to run a single-crewed ambulance in Dunedin, which will affect response times and could put staff at risk, a leaked staff memorandum says.

Police are appealing for witnesses to the Castle St flat fire which forced a man to jump from a window to safety at the weekend.

Armed police were called to a Dunedin property yesterday after reports of threatening behaviour by a man allegedly in possession of a gun.

Two of the doomed Port Chalmers geese are still on the loose following the deaths of six others at the hands of Dunedin City Council contractors.

A large police presence, including a dog unit, is at a Northeast Valley address after a "group" of armed men were seen banging on the door.

Three inexperienced Dunedin surfers had a close call yesterday after getting caught in a rip and being sucked out to sea.
Four teenagers will appear in court after a car was allegedly stolen from a Dunedin address and crashed on State Highway 1 near Balclutha early yesterday.

An investigation has begun after allegations a female prison officer at the Otago Corrections Facility had a relationship with a male prisoner.

Police are looking for two men in connection with a car stolen from Maori Hill that was found dumped in Mosgiel yesterday.

Police are continuing to investigate an alleged assault on a man in Andersons Bay on Monday evening.

Firefighters are pleading for people to be careful drying clothing near fires this winter after houses in Mosgiel and Portobello went up in flames.
Thieves broke into Pirates Rugby Club on Tuesday night, stealing alcohol and food and causing damage to the clubrooms in John Wilson Ocean Dr, St Kilda.

A person is dead after their vehicle crashed into a power pole near Invercargill today.

Working together for the greater good of their pupils has paid off for St Clair School and East Taieri School which will share a $60,000 government grant.

Police are investigating a serious assault in Andersons Bay on Monday that left a man unconscious.

The heights of Baldwin St took a toll but did not defeat Dunedin's police personnel as they transported the torch marking the 75th anniversary of women in policing to the top.

Police have no evidence to suggest two suspicious car fires in the past three days are linked to the burglary of a South Dunedin TAB on Saturday.