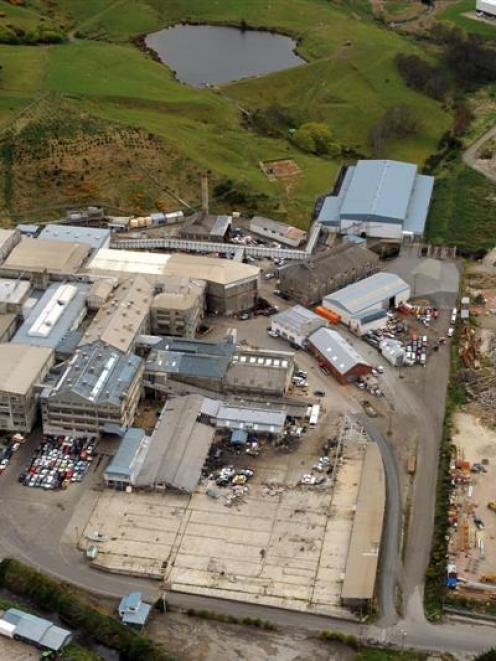 Pinnacle Steel wants to build a 1500sq m building, accommodating 30 employees, on the corner of Kaikorai Valley and Townleys Rds.

Company shareholder Paul Hickey said it operated from an industrial site in Sturdee St in the city, but that was cramped and the company sought a more suitable site to expand and take on new staff, in response to increased demand for fabricated steel.

About 26 staff were employed by the company, but it wanted to start a production line in the new building, and would ''definitely'' require more staff.

The demand for steel was coming from Christchurch, and it was expected to continue for years, he said.

Pinnacle Steel was a Dunedin company and was dedicated to the city.

''We love Dunedin. [It] is a great wee place and we wouldn't live anywhere else.

The company has applied for resource consent, as the zoning for the Kaikorai Valley site will need to be changed from rural to industrial.

A report on the consent application from Dunedin City Council planner Darryl Sycamore to the council's hearings committee said, according to the company, the site was used by the Burnside freezing works to hold stock and as a reservoir for the meat works' cooling system.

One submission was received on the application, from nearby Scott Technologies, which was opposed because the building would shade its property and heavy traffic in the area would increase.

But Mr Sycamore said he believed granting consent was unlikely to create an undesirable precedent, as, historically, the site was used as an industrial property, was beside the industrial zone and the project would have minor effects on the environment.

He recommend the committee grant consent with conditions, including requirements to plant around the building.

The committee will hear the application tomorrow.