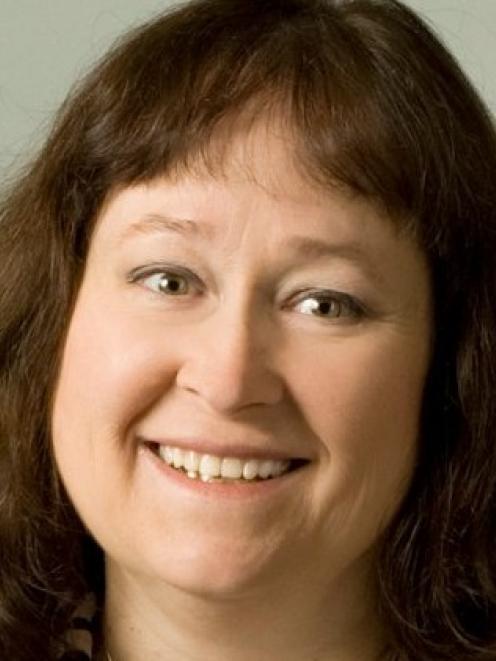 Selene Mize
The difficulty of maintaining name suppression in high-profile instances in the digital era was demonstrated in the case of a former Otago police officer, Associate Professor Selene Mize said yesterday.

A 45-year-old Clyde man was charged in December with breaching the name suppression order of the officer, who used his police-issue iPhone to film a teenager showering. The Clyde man was granted bail.

The man was arrested again yesterday after he allegedly breached his bail conditions by allegedly posting the suppressed name online again earlier this month.

He appeared in front of a JP yesterday and was again granted bail. The man will reappear in the Alexandra District Court on January 19, police say.

University of Otago Professor of Law Mize, when approached for comment, said if there was enough motivation to breach orders, people would do it.

''A lot of people feel there's a breach of trust when a policeman is involved and the sexual nature of the offending heightens people's emotion about the seediness of the offending.''

Those factors did not make the breach of suppression acceptable, but often made it inevitable, Prof Mize said.

Police declined to comment about the Clyde's man alleged offending as the matter is before the court.

However, the Otago Daily Times understands the charges relate to posts made on Facebook and information supplied to an international website.

In posts on the website, serious allegations are levelled at several past and present Central Otago and Otago police staff.

Acting Otago rural area commander Inspector Olaf Jensen said police would not comment about the material posted on the website or elsewhere. The material has been circulated widely on social media and drew praise from some of those sharing it.

When asked if further breaches of the former officer's name suppression were being investigated, Insp Jensen said: ''There are some ongoing inquiries in relation to these matters which means we aren't able to comment further''.

According to posts on the Clyde man's Facebook page he remained defiant about his offending, saying: ''I make no apologies to vile perverted scumbags for identifying them''.

''It gives me great pleasure to expose the predatory scum who are fraudulently disguising themselves as the law,'' the man, who does not have name suppression, said.

The Otago Daily Times decided not to identify the man as it could lead to the identification of the former police officer.

The former constable will be sentenced on January 21 on one charge of intentionally making an intimate visual recording. An order for interim name suppression remains in force until then, when arguments will be heard about final name suppression.

Prof Mize said the case demonstrated the difficulty of maintaining name suppression in high-profile cases in the digital era.

Those who shared or ''liked'' the information on social media ran the risk of breaching suppression themselves, she said.

''There's no defence that the information was already in the public domain. To breach a suppression order, you don't necessarily have to say all the information, you just have to post identifying details.''

Sensible Sentencing Trust founder Garth McVicar said the case showed why there was no room for suppression nowadays.

''Name suppression in the digital era really is a waste of time and the courts are very lackadaisical in keeping up,'' he said.

While he did not agree with ''vigilantism'', he understood why some people breached suppression orders.

The only solution to the issue was law reform, he said.

Prof Mize said there was still room for name suppression to be granted in some cases and the discretion for judges to use it should remain.

''Sometimes, people leap in and act without seeing the bigger picture and this could hurt the victim or cause the offender to commit suicide.''

However, the law on name suppression needed to be reviewed and amended to cope with the modern era, she said.

''Those changes tightened the rules around granting name suppression orders,'' she said.

The number of orders had dropped. However, decisions on suppression continued to lie with judges, who took into account the law and individual case circumstances.

The penalty for breaching suppression was also increased - up to six months' jail - and this was intended as a response and deterrent to electronic breaches of suppression orders, Ms Adams said.

''If there is a view that the order isn't right, there are legal avenues to challenge the order but it's not for people to decide what laws they do or don't follow.''