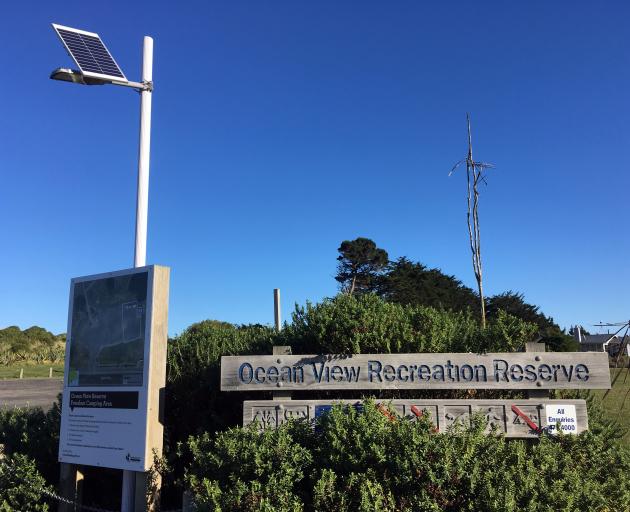 Freedom camping ‘‘pop-up’’ areas in Dunedin were discussed at a Saddle Hill Community Board meeting.

‘‘It was very clear there is a need for another site available to accommodate non-certified self-contained vehicles.’’

A council planning team was creating assessment criteria to help select a site, she said.

An idea floated was ‘‘pop-up places to accommodate freedom campers, which are not necessarily permanent, that respond to need’’.

The sites for ‘‘pop-ups’’ could be on private land, Miss Eaton said.

Board member Peter Gouverneur asked if the council had a ‘‘shortlist of preferred sites’’ for a new area to host non­certified self-contained vehicles.

Miss Eaton said sites ‘‘all over the city’’ were discussed but none would be shortlisted before the planning team had created the criteria.

Board member Keith McFadyen, speaking at the meeting, asked council parks and recreation contracts manager Gareth Jones if the council could tarseal the gravel area in Ocean View Recreation Reserve, so lines could be painted to ensure the area did not become overcrowded by freedom campers.

‘‘They pack them in,’’ Mr McFadyen said.

Mr Jones said before the next freedom camping season a ‘‘reflector line’’ would be installed on the gravel area to ‘‘distinguish’’ where freedom camping was allowed.
The council did not have any plans to seal the car park, he said.

A solar light was recently installed at the entrance to car park of the reserve to illuminate a freedom camping sign.

Board chairman Scott Weatherall, speaking to The Star in Brighton before the meeting, said the light would help freedom campers comply with the council bylaw.

Freedom campers were entering the domain at night and did not know the restrictions.

The solar light would shed some light on the information they required, he said.