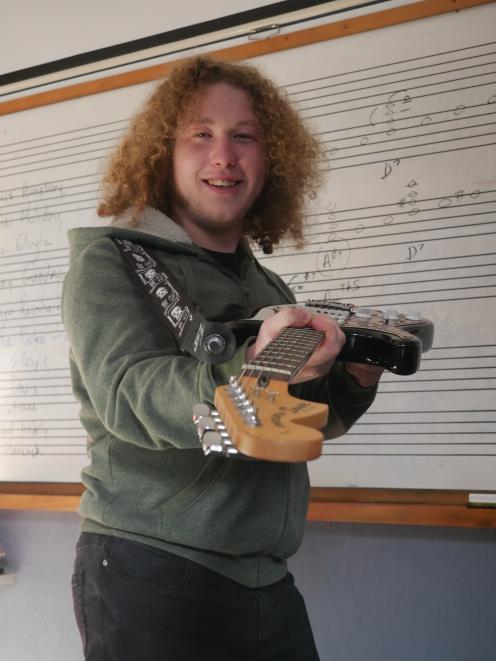 A Mosgiel teenager is filling a void in the local music scene.

The event will beheld on August 18 at the Wingatui Community Hall.

Karl (17) said he got the idea to hold the event about a year ago because there was not much for young people to do in Mosgiel.

A lot of music events were restricted to people over 18 which meant he was unable to attend, he said.

‘‘I think it’s important to provide something for young people.

‘‘There’s not actually a lot that I can go to toexperience some live music.’’

Karl said it was important to make the event free, as a lot of people under-18 did not have a lot of money to spend on gigs.

‘‘We figured that making it free was the best option.

‘‘That gives more people the opportunity to experience it.’’

Karl has been playing guitar for 12 years and is a guitarist and vocalist in his band rock/metal Saurian.

Saurian, along with thrash metal band Imperium and popsolo artist Trent Hawthorne, will perform at the event.

‘‘If this works out well, then carrying it on would be good.’’

He had received positive feedback from people of all ages on social media since he started to promote the event.

‘‘If there’s something for people todo then I think that’s good for the whole community.’’

Allied Security, the Mosgiel-Taieri Community Board and A1 Electrical Mosgiel have supported the event.