By John Gibb
0 Comments
Expecting just to play the guitar before morning tea, teacher and musician Brendan Christie was yesterday "stunned" to receive a special honour from Dunedin’s public libraries.

Mr Christie was awarded the Dunedin Public Libraries Citation for this year, at a gathering at the Dunedin City Library, attended by more than 60 people.

The award was made for his role in co-ordinating the libraries’ successful Nook & Cranny Music Festival, which has been held in May over the past four years as part of New Zealand Music Week celebrations.

During the festival, musicians play in almost every nook and cranny of the city library, including the lift.

The citation recognises the valuable contribution to the libraries of many people, including writers, artists and sponsors.

The honour is awarded to a Dunedin resident who has made a long and outstanding contribution to the libraries’ collections, services or programmes. 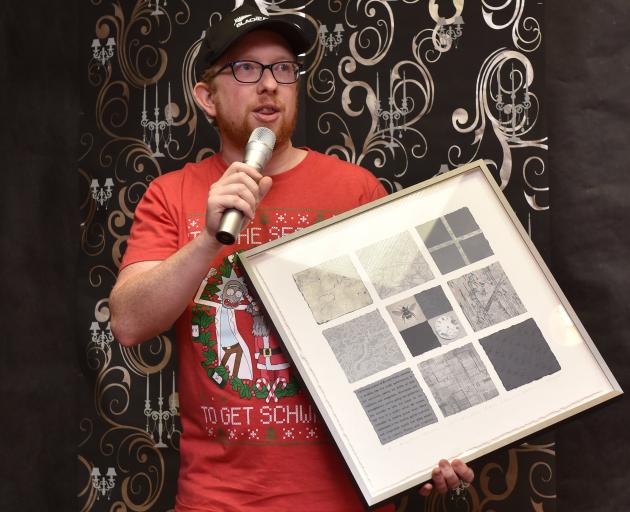 Library services manager Bernie Hawke said the festival had "grown hugely in popularity and attendance" over the years.

"We are very grateful for Brendan’s tireless support in bringing free live music performances to the community, raising the profile of local musicians and songwriters, film-makers and photographers, and for giving new performers the courage to take the stage for the first time in a public venue," he said.