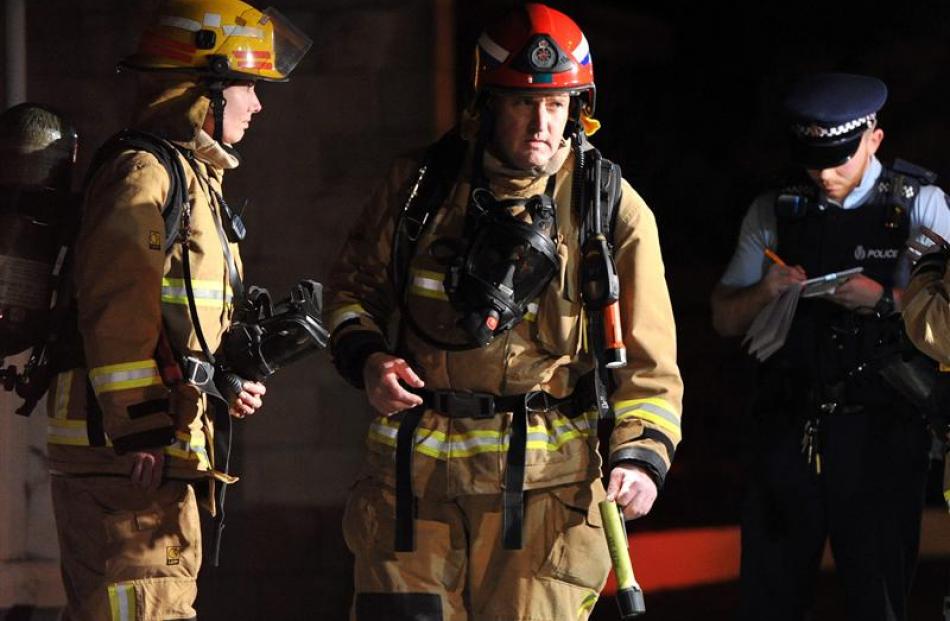 Police and the Fire Service attend a fire at a Crichton St, Wakari, property last night. Photo by Gregor Richardson.

Police are treating a house fire in Wakari, Dunedin, last night as suspicious.

The Fire Service and police attended the Crichton St blaze after being alerted by neighbours just before 7pm.

A witness told the Otago Daily Times the fire ''was like a wee explosion'' when he heard it from his family's nearby property.

''We have an elderly neighbour, so we went to see she was all right.

''Then when we were outside, the windows started smashing.

''The smoke, the smell was everywhere - it was so strong.''

A Fire Service spokesman said the house was ''well involved'' by the time firefighters arrived.

Cameron said the owners of the property arrived soon after and were adamant the fire was not an accident.

''They were saying they thought someone did this to them, because last night [Sunday] someone went over and smashed all the windows out of one of the doors.''

A police spokesman said they were aware of the allegation.

''Police have spoken to some witnesses and are following a line of inquiry,'' the spokesman said.

Investigations into the cause of the fire would begin today.