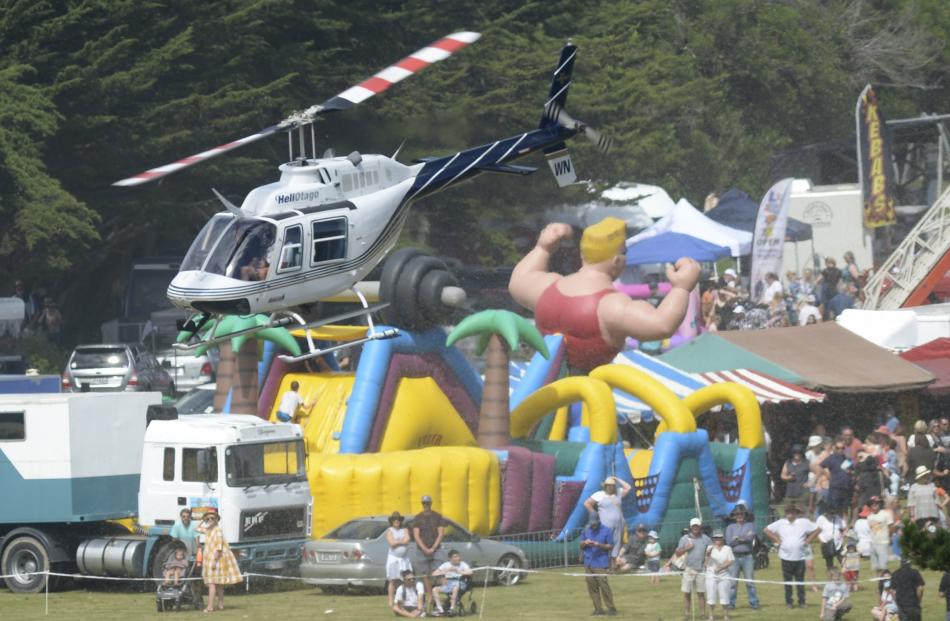 A HeliOtago helicopter lifts off from the Brighton Domain for a scenic flight at the Brighton Gala Day yesterday. 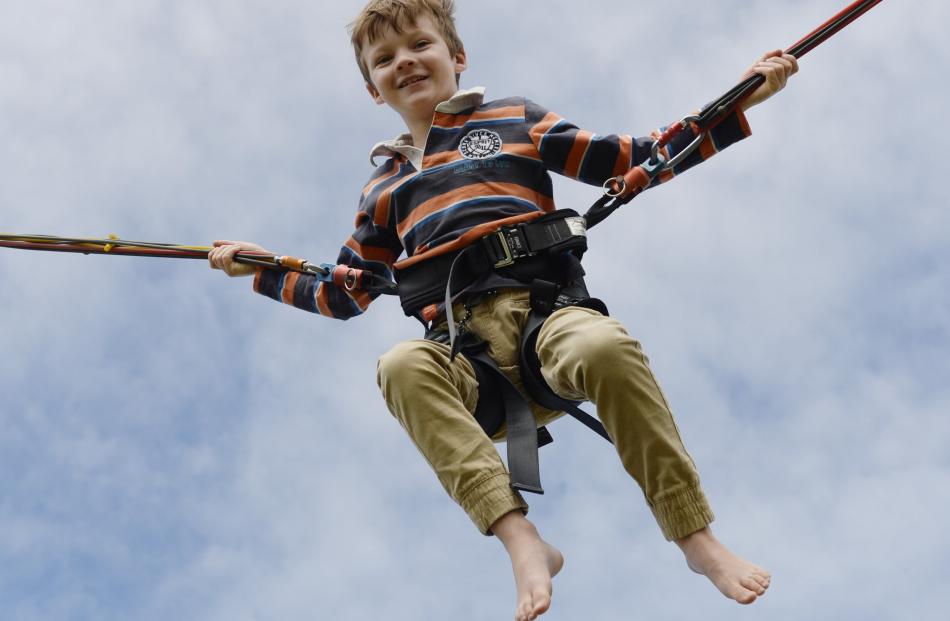 Aaron Horwood (8) has a bounce into the sky. PHOTOS: GERARD O’BRIEN 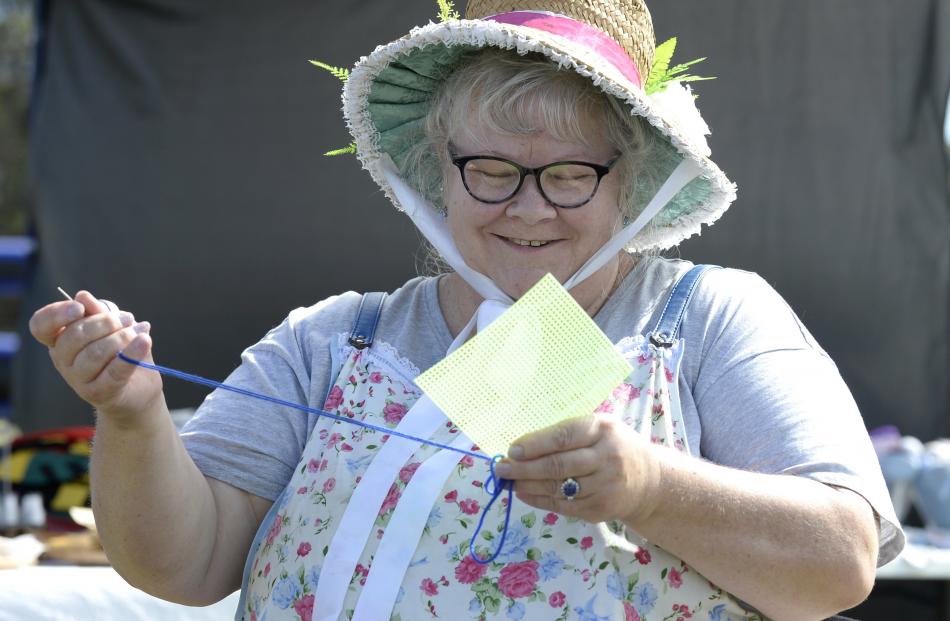 Kerry Robins-Bates gets on with some needlework at her stall. 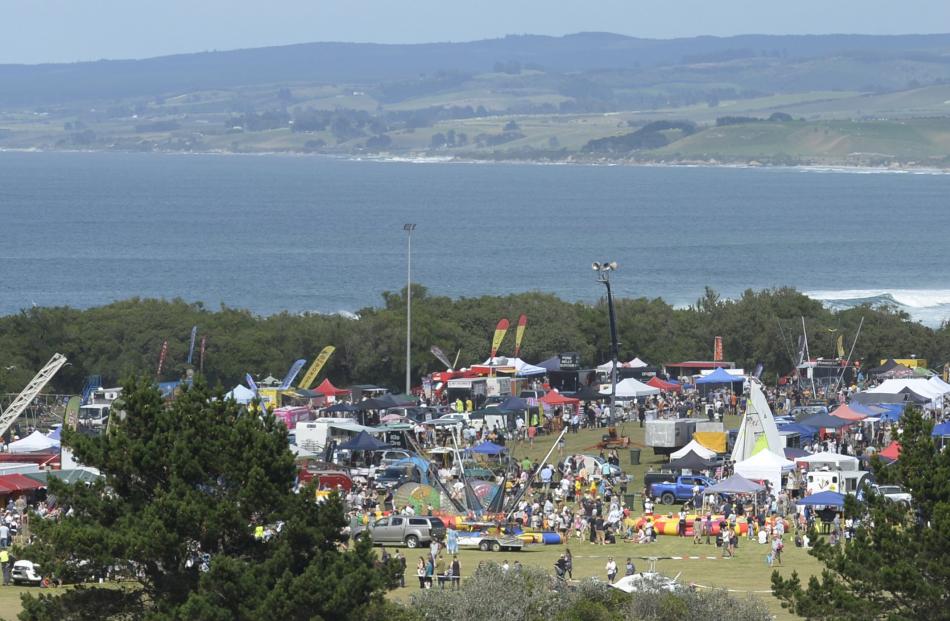 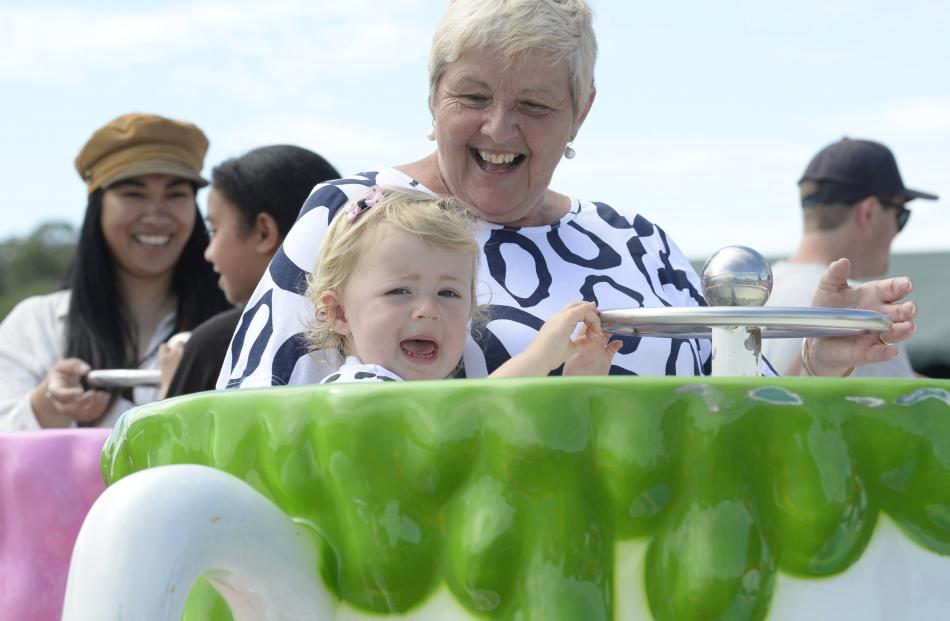 Millie McKay (2) joins her grandmother Judi McKay for a ride in a teacup. 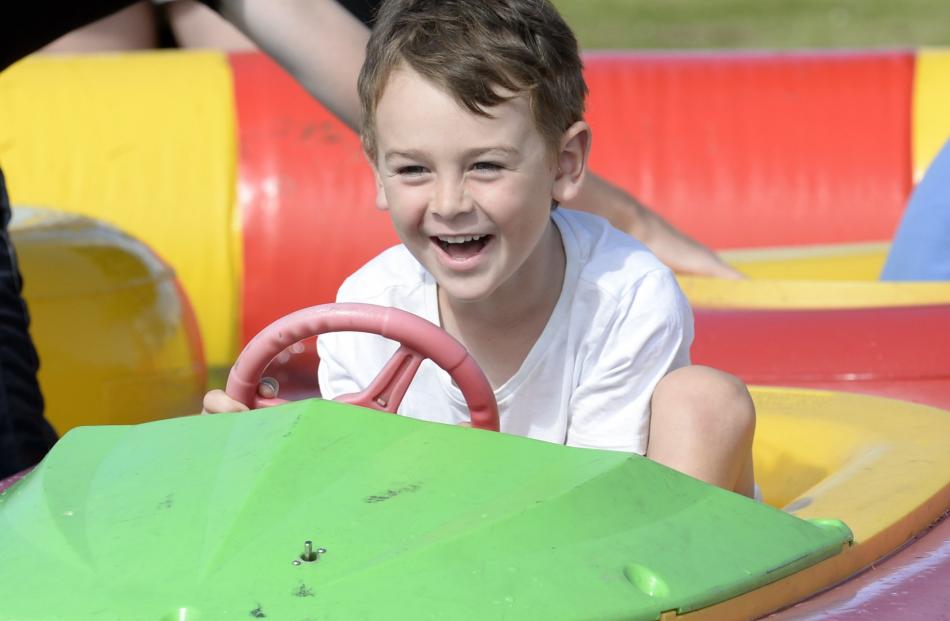 Sam Cockburn (5), of Dunedin, enjoys a ride in a bumper boat. 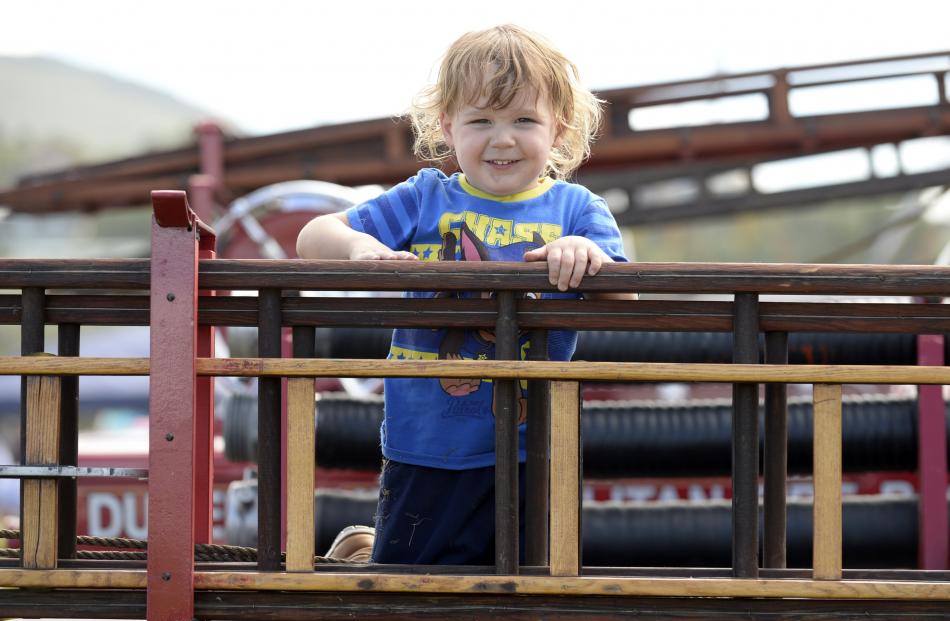 Jax Head (2), of Dunedin, checks out a vintage fire engine.

Laser tag and bumper boats were available for people who wanted some activity while others contented themselves with ice-cream or offerings of food on a bright day at Brighton.

The sun shone on the 25th Anniversary Brighton Gala Day, and thousands of people had the chance to buy or take part in what was available at about 180 stalls or rides at Brighton Domain, just south of Dunedin.

The nearby beach was also busy and senior lifeguards were there to prevent any problems.

Car parks were at a premium in the township.

Mika Andreae (10), of Dunedin, devoured candy floss in the domain and said he enjoyed a magic show.

"I got a free Monopoly game," he said.

Dunedinites Bradford Standring, Mueed Hasan and Sam Doorey, and Samantha Smith of Wanaka, joined the queue for a helicopter ride.

It was the first time Miss Smith had been in a helicopter. She sat in the front and could see through the glass floor.

Mr Standring said they got a good view of Dunedin and the Blackhead Quarries.

Saddle Hill Community Board chairman and one of the organisers Scott Weatherall said attendance numbers were steady throughout the day, and included many families.

Entry was free, although people could make donations at the gate to the Brighton Surf Life Saving Club.

Hayley Burnett attended with her husband, daughter and dog, a chihuahua-Jack Russell cross.

The family had hoped to time their arrival for a quieter period, but Mrs Burnett felt people prolonged their stay because of the weather.

"With a day like this, why would you go home?"

She was pleased with the volume of trade. 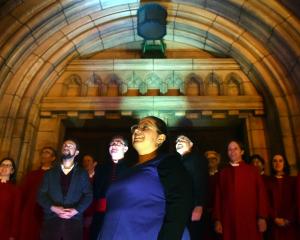 Light and bright plans for carnival