Who kicked the seat? And other theatrical riddles 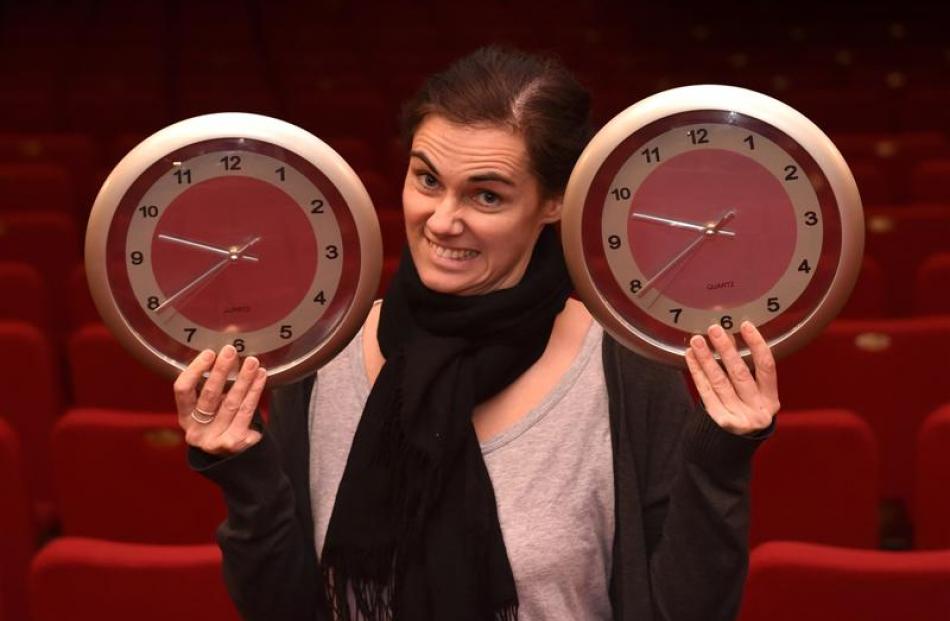 Regent Theatre marketing manager Hannah Molloy holds two clocks that stopped at the same time during the Phantom of the Opera show. Photo by Peter McIntosh.

These are the facts.

Make of them what you will.

Since the Phantom of the Opera has been running at the Regent Theatre, two battery-operated clocks in the function room of the building have stopped at 9.40. Nobody knows if it was am or pm.

That is mystery number one.

Before Wednesday night's show, Alan and Jenny Bromell were sitting in their seats in row B, downstairs in the theatre.

Mrs Bromell said it felt as if someone was kicking at her seat.

Mr Bromell reports: ''We thought it was people just walking in and the whole floor shaking - but there was no-one behind us at that time.''

The result was he then felt the kicking.

Just to make sure, the couple called in an usher - she felt it too.

Thirty seconds into the performance it stopped.

At intermission it began again.

A staff member from the Regent used a walkie-talkie, communicating with other staff who maintained there was absolutely nothing below the seat in question.

The performance started. The banging stopped.

That is mystery number two.

During Sunday's performance a chandelier that drops from the ceiling to the floor during the show, run by a computerised winch, glitched.

Not once. Not twice. Three times.

That is mystery number three.

These are the facts.

Make of them what you will.