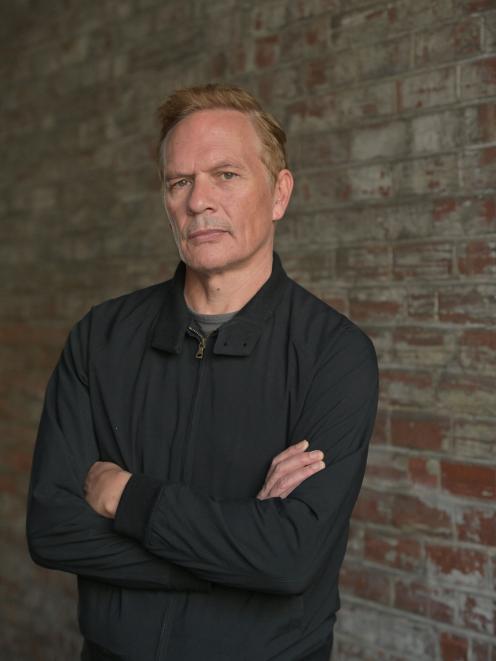 Shayne Carter. PHOTO: ODT FILES
Shayne Carter has been called many things in his life, but laureate is a new one.

Yesterday, the Dunedin musician and author was named as one of seven 2020 Arts Foundation Laureate Award recipients.

"It’s a nice recognition," he said. "There’s a certain respectability about it, and I sort of feel I should be wandering around with a triangle hat on, wearing a cloak and carrying a quill.

"At the same time, I like the fact that I have achieved that line sort of recognition while kind of working outside the mainstream. Even though I’m probably an elder statesman, the young punk probably still lives on in some dark recess."

Carter was a leading figure in what came to be known as the "Dunedin Sound" era of the 1980s and ’90s through his involvement in the bands Board Games, DoubleHappys and most notably, Straitjacket Fits.

After that band broke up he continued to make music under the name Dimmer, and as a solo artist.

Carter is a much-decorated artist, but becoming an arts laureate came with an added bonus he very much appreciated — a $25,000 untagged award.

"Getting plaudits and awards is all very nice, but it’s excellent and very practical if it comes with a cash prize.

"I think most practitioners and most people who win this award could do with that because you don’t make much money in the arts, especially in New Zealand.

"I was horrified to discover the royalty rate for books and authors was 10% when I put my own book out. That’s worse than what musicians get and musicians are virtual slaves."

As for all performers, 2020 has been tough for Carter as concerts and touring have been all but ruled out thanks to Covid-19 lockdowns, social distancing and restrictions on the size of gatherings.

"I’ve spent most of the year organising things and then cancelling them — I had all these overseas things planned and they went straight out the window, but you can’t take it personally because it’s me and 10 billion others," Carter said.

"When you haven’t got it you realise how much you miss it, and especially with things like music. While in the mainstream of society it is often seen as a frivolous thing, I think people appreciate the value of it when they can’t have it — the ‘you don’t know what you’ve got till it’s gone’ kind of thing.

"There’s a communal aspect of music, and music makes you feel better — even if it’s confrontational, it’s asking questions you want to hear asked.

"As a valve and as an outlet it is really important for humans, and I think people have realised that."

After two fruitful years of creativity during which he wrote his book, recorded a solo album and toured a Straitjacket Fits/Dimmer double bill, he has shelved 2020 as a year for survival.

He has some solo shows coming up, a tour as guitarist in Don McGlashan’s band and — Covid-19 willing — he hopes to return to Bangkok, where he was an artist in residence last year, and record with musicians he met there.

He intends to continue his new-found literary career as well, and has been applying for fellowships to pursue a new project.

"I enjoy writing and I really like the fresh creative tangent of it ... I guess with my book, I put it out there and if everyone had said it sucked, well that would have been a bit of a blow.

"It was quite an exposed feeling and one of the drawbacks was that any nonce could come along and express an opinion about it, and I have had several very over-familiar emails and letters from complete strangers, but at the same time I’m glad it wasn’t a reticent, typically New Zealand piece of work.

"I also think the area that I came from, I don’t think it has been written about that much, and even that underbelly of Dunedin and all that kind of stuff, I haven’t seen much about that either because it’s good to acknowledge that because it’s real life.

"There’s no shame in real life — it is genuine human experience."