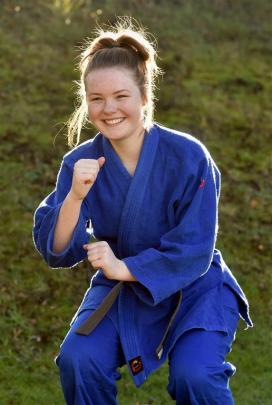 It did not take long for Otago Girls' High School pupil Alaina Baker to overcome her nerves on the judo mat.

The 16-year-old entered her first competitive event earlier this year, the Canterbury Open in Christchurch, and came away with three medals.

She backed that up with a maiden gold medal at the New Zealand secondary schools championships in Tauranga early last month and took bronze at the Auckland International Open last weekend.

Although she took up judo nine years ago, Baker found entering the world of competitive sport to be quite nerve-racking.

"I found it quite scary to start with,'' she said of her first competitive event in Christchurch in June, in which she won three bronze medals.

"But it wasn't that different to what I'd been doing at my club [Renshuden Judo Club in Mornington].''

She quickly overcame the nerves and came home with medals in the under-63kg cadet, cadet open and junior women classes.

She won gold in the under-63kg cadet class to begin her surge up the national rankings.

She then proved she could foot it on the international stage by claiming another bronze at the Auckland International Open last weekend, again in the under-63kg cadet class.

After losing her first bout to a fellow New Zealander, Baker recovered to beat fighters from Fiji, Germany and Australia to take third.

"I was so nervous but it was a really good experience,'' she said.

"I couldn't understand what some of the other girls were saying and their styles were all different as well.''

Baker is ranked fourth in New Zealand in her class and has her sights firmly set on continuing her progress up the rankings in order to make New Zealand teams in the future.

She has three more chances to do so this year.

With the Rio Olympics just around the corner, Baker said she would be watching the judo with interest and would take inspiration from watching fellow New Zealanders compete. 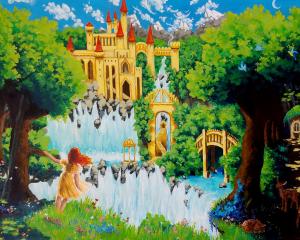