After two years of pandemic mayhem, 2022 has continued to pose challenges for this year’s year 13 pupils. Southern Issues reporter Daisy Hudson caught up with two Otago teens in the second part of our series on schooling during the Covid outbreak.

A lot has changed in the past six months.

There is growing chatter about a looming recession, war has broken out in Europe, and monkeypox is now part of our every day vocabulary.

Then, of course, there is the pandemic, which continues to wreak havoc in New Zealand.

It has been a tumultuous time, even by the current "new normal" standards.

For the year 13s of 2022, their final year at school has been just as disruptive as their previous two years of NCEA, albeit in a different way.

Since we last caught up with Dunedin’s Emma Mitchell (17) and Queenstown’s James Scoles (17) in January, Omicron has become widespread in the community. 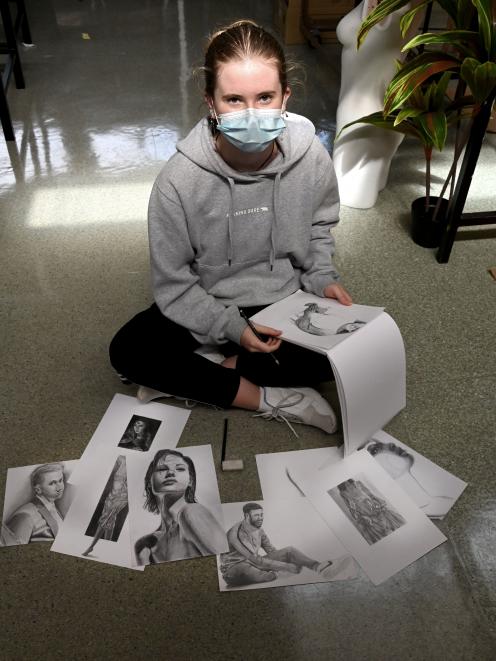 Logan Park High School pupil Emma Mitchell says her school hasn’t been too badly hit by Covid absences this year. PHOTO: CRAIG BAXTER
After two years of lockdowns and learning from home, their new reality has been a weird version of pre-pandemic life, Emma says.

"Having Covid be completely integrated into everyday life ... is quite stressful.

"My life actually feels like it’s got a bit of structure now which I’m not actually liking that much. I’m someone who thrives better with a bit more agency than structure."

The biggest difference for schools this year has been essentially a return to in-person teaching. Instead of lockdowns, schools remain open. But that has meant many have experienced large numbers of absences, affecting both staff and pupils, as the virus rages around them.

Emma says her school, Logan Park High School, has not been too badly hit.

But over in Queenstown at Wakatipu High School, James says it has been a different story.

"We had points where a third of the student body weren’t at school, so yeah, it was difficult to be consistent and to keep a consistent class schedule during that period."

At one stage, there were a couple of weeks where only one of his five teachers were at school, he says. The rest were substitutes.

"People are just in and out of school all the time. Although the school has technically been open all year, I think it has proven to be a little more chaotic and disorganised than the previous two years."

Last month, Ministry of Education figures showed teachers had claimed more than 183,000 sick days this year, nearly twice as many as at the corresponding time in 2019 — the year before the pandemic. 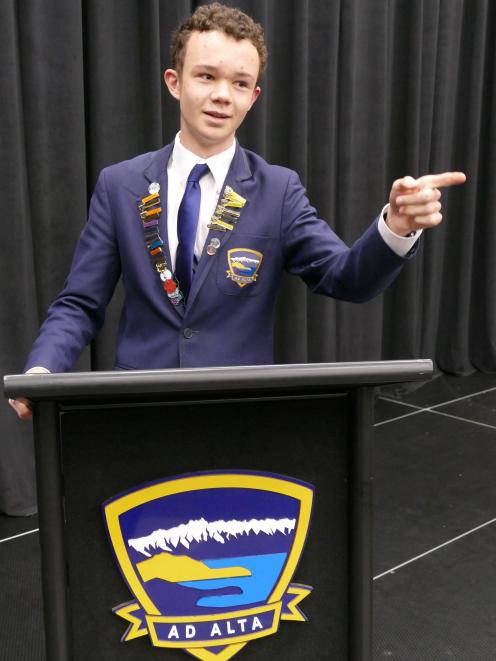 James Scoles says his final year at Wakatipu High School has been more chaotic than previous years, due to Covid. PHOTO: TRACEY ROXBURGH
Neither James nor Emma have had Covid themselves, although James has had to isolate twice as his family got the virus in two bouts.

"I’d like to say I’m used to it now but that isn’t the whole truth. It still has quite a profound impact on my studies and on the stuff I do outside of school," he says.

While lockdowns have not been a factor this year, restrictions on gatherings have still had an impact.

For example, a musical James is involved with has been postponed until later in the year, and some clubs and initiatives have taken a while to get off the ground, he says.

After two years of intermittently learning from home, a shift back to full-time classroom learning has been a struggle for Emma.

Because she prefers studying at home, she says having to isolate might be a blessing in disguise.

"If I got sick, the support’s been really good from what I’ve heard.

"I’ve been in a mindset of ‘when, not if’. There have been certain weeks where I’ve been like ‘please, not this week, because I want to make it to tournament’. I’m sort of just waiting for it to happen and it hasn’t happened yet, and I’m quite surprised."

As they approach the final two terms of their schooling life, the pair have solidified their future study plans for next year.

While there is still some concern about the future, they say they have been well-prepared for the need to adapt to new scenarios.

We will check in again with Emma and James at the end of the year to examine the year they’ve had, and their hopes for life after school.

■  Ronan Shearing is no longer taking part in this series.