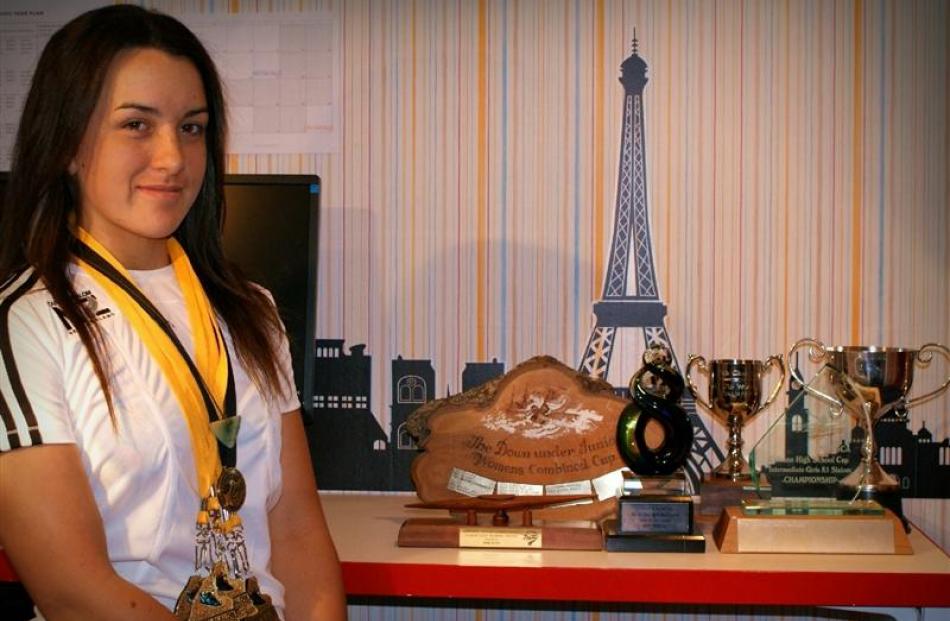 Earnscleugh teen Kensa Randle (15) with some of the gold medals and trophies she recently won while competing in canoe and kayak slalom events. Photos supplied. 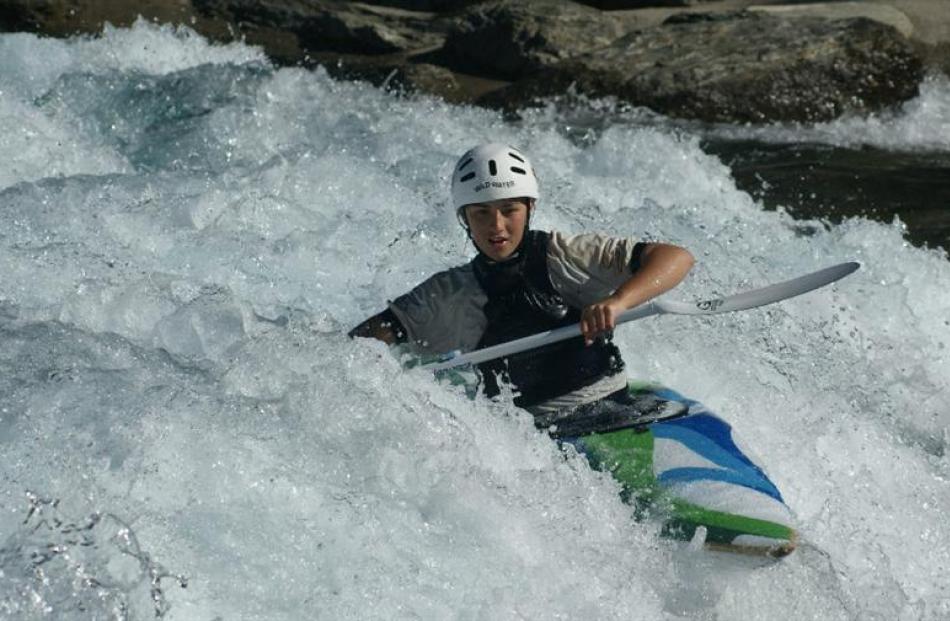 Randle navigates a slalom course in her kayak during competition.

Earnscleugh youth Kensa Randle and her family are on the edge of their seats.

In the next few days, the family will find out if Randle has been selected to represent New Zealand in slalom kayaking at the Youth Olympics in China during August this year.

In order to pursue her Olympic kayaking dreams, Randle left Dunstan High School last year and took up NCEA by correspondence so she could tailor her days around training schedules.

With such a dedication to kayak slalom, Randle had to give up promising ability in netball, basketball and multisport, as well.

However, the sacrifices paid off, as she has excelled in kayak and canoe slalom, representing New Zealand in events in Australia, Slovakia and the Czech Republic, with numerous first-place finishes.

Later this month, she will represent New Zealand at the Junior World Canoe Championships in the Under-18 K1 [single-person kayak] Women's category.

Adrenaline and unpredictability involved in the sport attracted her to the rivers and foaming white water to test herself on slalom courses in both kayaks and canoes.

''I guess just being out on the water I really like ... You never know what is going to happen. The No 1 person in the world can stuff up and be out.

''It's really unpredictable and fun the way the water can move you,'' she said.

Randle trained six days a week on the water, plus running and gym sessions.

With the combination of training and schoolwork, sometimes she would be exhausted and asleep by 6.30 in the evening, she said.

Randle hopes to compete for New Zealand at the 2020 Olympics.

''It's a long shot but I think it should be possible.''