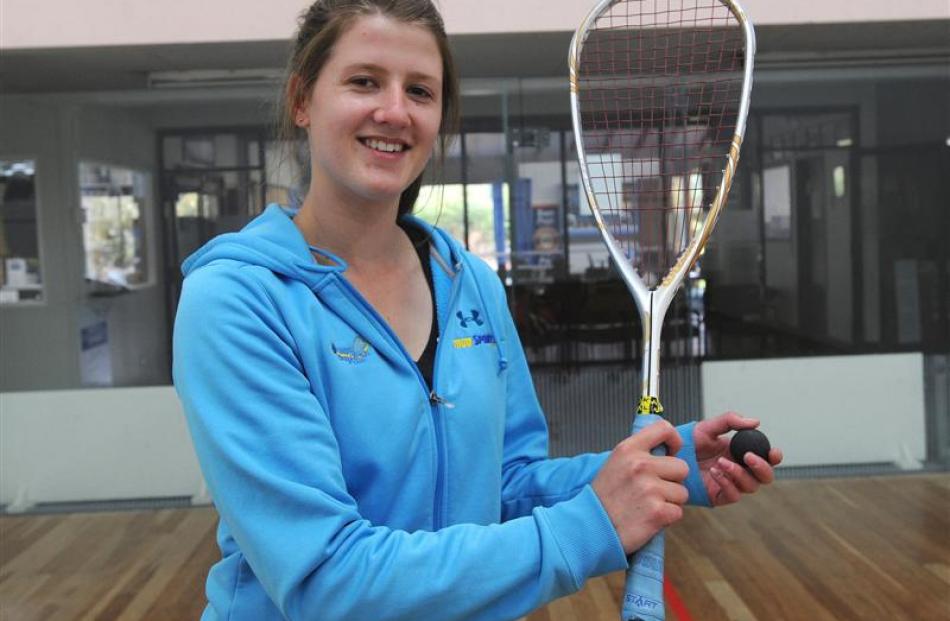 Sophie Askin: "It [squash] really tests you how hard you can go". Photo by Craig Baxter.

Sophie Askin is never too far from the squash court.

In fact, practice does appear to be making things perfect for the Otago Girls' High School pupil.

She took up the sport about four years ago when her father enrolled her in a session to learn about the game.

"He got me to go for a hit-around and I just kept going back," she said.

From there she was hooked and has been rapidly climbing up the squash ladder.

She has just been named in a New Zealand development side which will train in Auckland next month.

The squad, made up of 10 young female players from around the country, is set to be together for the next couple of years before travelling to the world junior championships in 2013. The venue for the championships has yet to be decided.

Sophie, a year 11 pupil, said she liked the sport as it was great for fitness and was a good mental challenge.

"It really tests you how hard you can go. Whether you can tough it out. Plus, it is a lot of fun.

"But I couldn't do it without my mum. She takes me everywhere and really helps me a lot."

Sophie is a B2 graded player and is looking at pushing through the ranks.

Her father, Rod Askin, is graded B1 so there is plenty of competition between the pair, although Dad still has the upper hand.

Sophie does not play any other sports seriously as squash has become all-consuming.

The right-hander is coached by her father and also Mark Gribben, of the Otago club. She trains up to five times a week, and is also heading to the gym to try to build up her muscles for a sport which mixes power and finesse.

"You've got to get your strength up as it can get quite a power game. But I like to mix it up a bit."

She was looking forward to the training camps in Auckland which she hoped would improve her game. A tournament in Malaysia was on the list next year in a sport which took much dedication.