0 Comments
The chances of snow to sea level in the South Island appears to be increasing with the MetService now reporting it could be possible next week.

A MetService spokesperson said a cold, dry airmass is expected to move over the south on Monday, bringing low snow and southwest gales to the Southland and Otago regions.

"With this polar blast snow as low as sea level is possible for the lower South Island on Monday as cold air muscles its way north," they said.

This animation speaks for itself 🥶

Watch as the polar jet stream sweeps air from the Antarctic ice sheet straight into New Zealand next week! 🌬 pic.twitter.com/MXnCrPaHDV

A rain-making front is expected to cross the South Island on Friday then gradually over the North Island during the weekend.

Rain watches and warnings are in place for the entire west coast of the South Island as the front moves north from Friday evening. 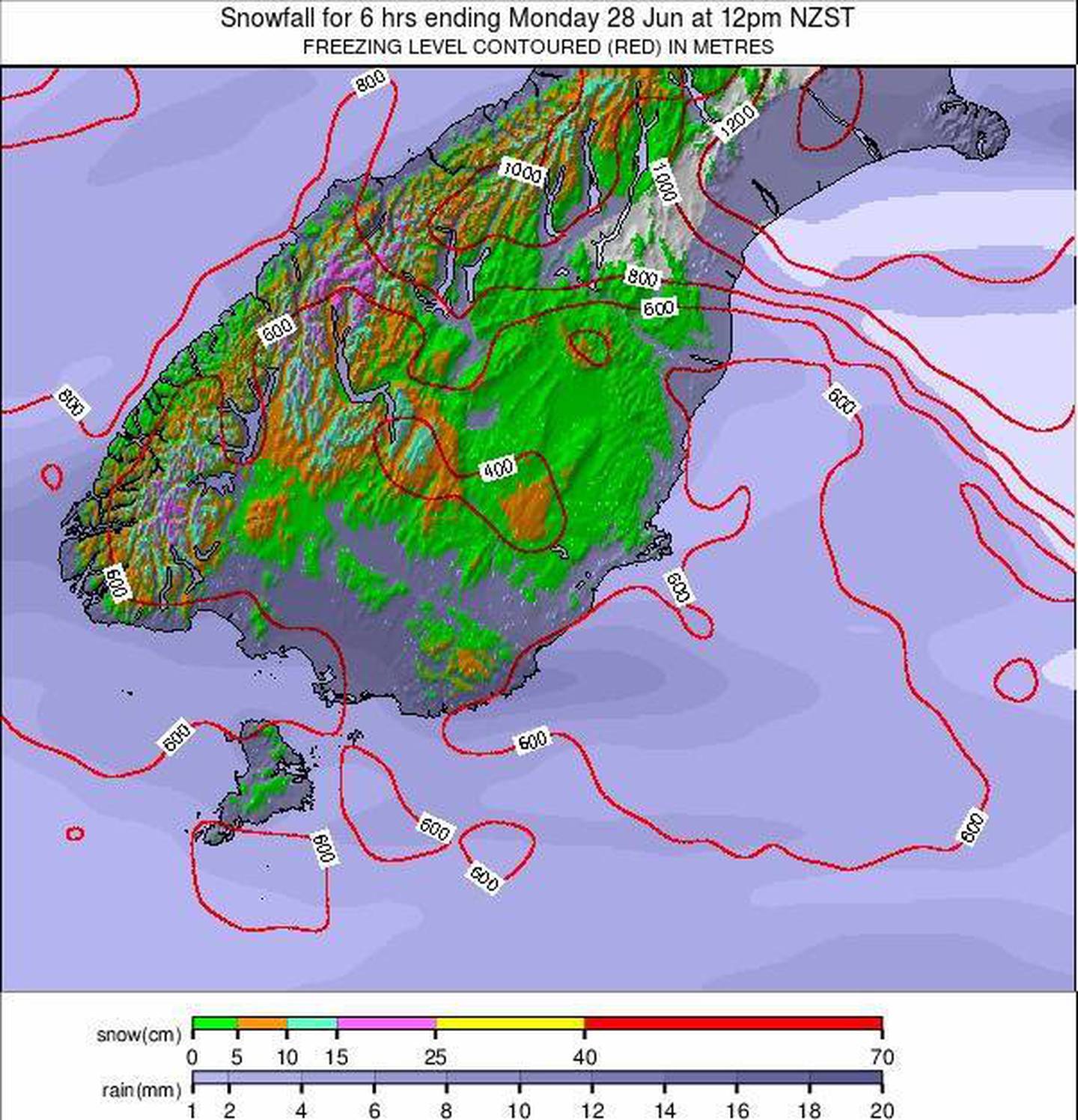 Snowfall for six hours ending Monday at noon. Photo: snow-forecast.com
A heavy rain warning has been issued for Buller, Westland south and north of Harihari, the Canterbury headwaters about and south of Arthur's Pass, the headwaters of the Otago lakes and Fiordland.

A strong wind watch is in place for Wellington, Wairarapa, and the Marlborough Sounds as well as the Canterbury High Country.

"Due to the front stalling over central New Zealand on Saturday, persistent rain can be expected over western areas between Taranaki and Buller before eventually shifting further north."

The spokesperson said it looks like another wet and windy weekend for Wellington is on the cards.

"MetService will be keeping a close eye on this system so be prepared and check in with the latest forecast on metservice.com." 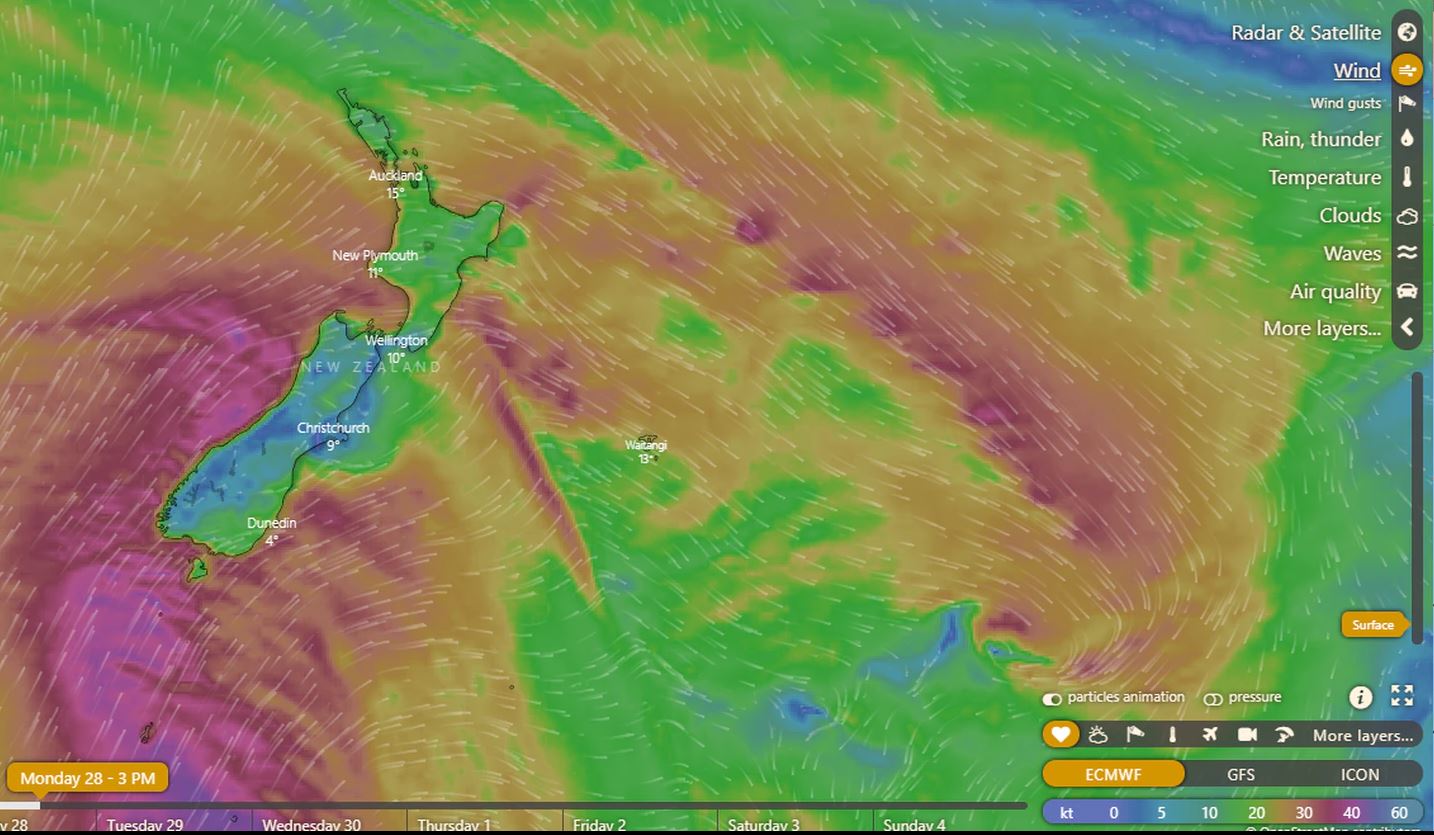