Wellington's Mayor wants to exhume Katherine Mansfield's remains from France so she can be laid to rest in the capital.

Justin Lester has written to the Mayor of Avon, where Mansfield's grave is.

He said Katherine Mansfield House and Garden is leading the repatriation of the author's remains but was happy to offer his support.

``It's about making sure Katherine Mansfield is in a place where she did want to be buried.

``She fell ill very quickly and she wasn't living in the place where she was buried for very long, she was there for a short period of time.

``There's no real connection to that location, whereas Wellington was her birthplace and a place she held fondly in her heart.''

Mansfield died in France of tuberculosis in 1923. She was 34.

Mr Lester said it was early days and the move would need the support of French authorities and Mansfield's family to move ahead with the process.

``There is no rush, there's no urgency around this but I think it is a nice idea and something I'm happy to support.''

He said Katherine Mansfield House and Garden had been in contact with Manfield's remaining family members.

``They've been talking to some of them and had some support but it's a complex process and very personal to the family as well, so those conversations would likely be ongoing.''

Mr Lester said it was too soon to estimate how much the move would cost and where Mansfield's final resting place in the capital would be.

He said more support would be sought if the idea got approval from those directly involved.

``We'd build that up into a much larger campaign to get some support and potentially some sponsorship and also to see if Wellingtonians think it's a good idea.''

Mr Lester said the process to exhume the remains would be based on previous efforts like the returning of Maori remains from overseas museums.

``We've been there and done that as a city and Te Papa would have extensive experience.'' 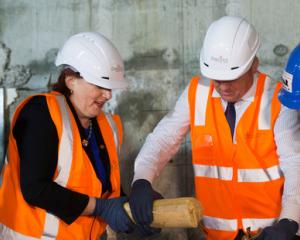 Gothic. Utterly Gothic. Disinterment and desecration of the KM grave for spurious reasons.