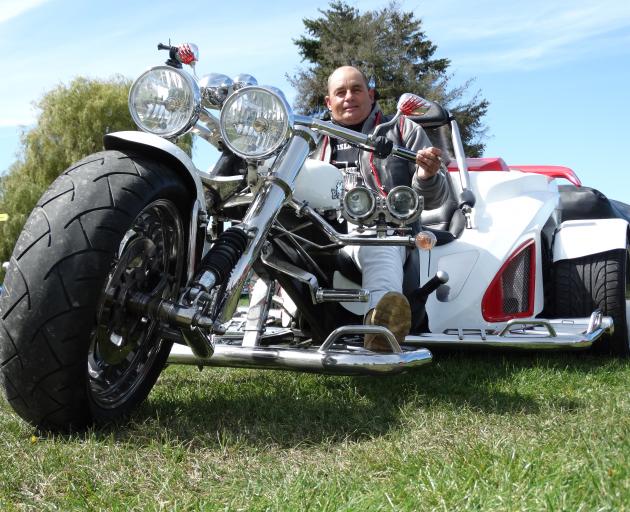 The annual rally roared into life at the Waimate Showgrounds yesterday.

Rally president Graeme Lane said about 1500 people were expected to enjoy a weekend of entertainment and bonding over everything to do with motorcycles.

One of those was Eddie Pentland, of Christchurch, who cruised in on his white 2014 Boom trike, powered by a 1600cc Ford Focus engine.

He had owned it for several years after being more a two-wheel man for most of his life.

Mr Pentland’s fondest memories on two wheels were experienced at the Isle of Man TT, where he rode half a dozen times and described it as the most "thrilling, adrenaline-fuelled experience" of his life. 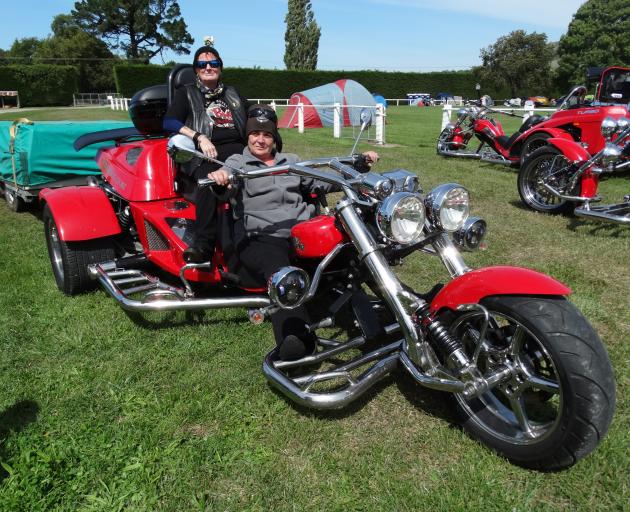 Monique Huntley (left), of Bluff and Sue McNamee, of Christchurch.

However, he found motorcycle helmets to be "a bit restrictive" and was happy to make the change.

The only thing he did not like was cleaning and polishing the trike’s chrome, which he said was a four-hour job.

A veteran of the rally, he said it was among his favourites.

"I love the bike rallies. I have been to plenty in this country and this one is one of the best."

Mr Lane said the March Hare appealed to many riders simply because it gave them a chance to spend time with like-minded people.

"It’s a nice place to be. Everyone seems to like coming here."

He said his days of riding motorcycles were long gone.