Christchurch mosque shooting: What you need to know 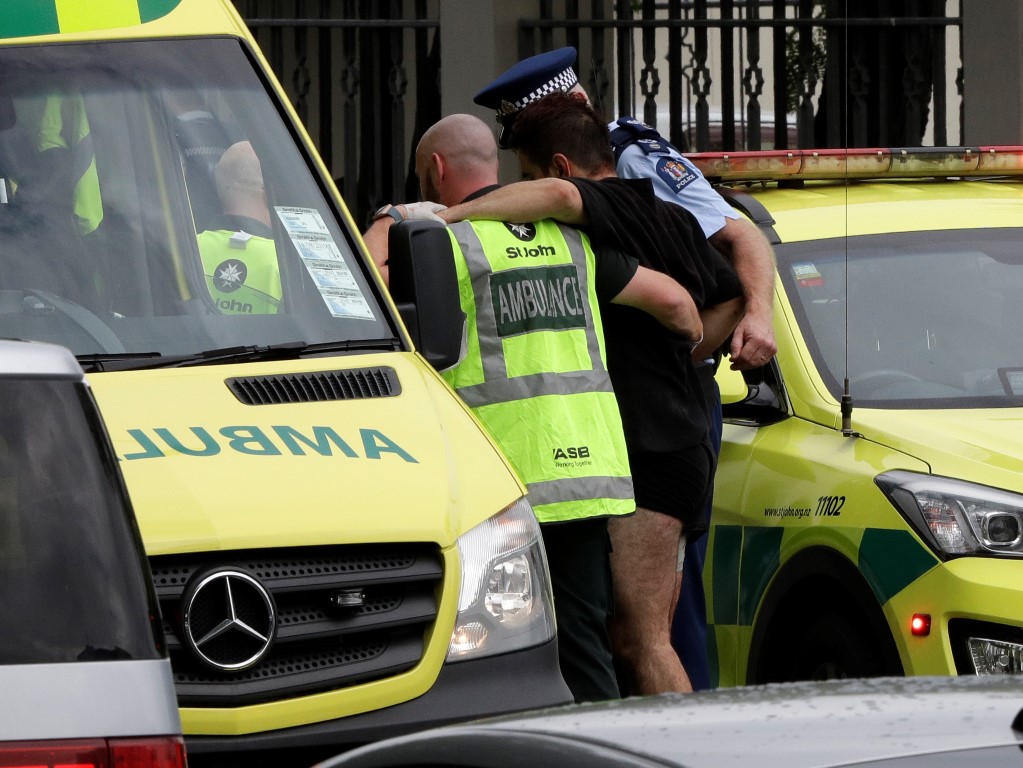 Police and ambulance staff help a wounded man from outside a mosque in central Christchurch. Photo: AP

Here is what you need to know:

• Dozens of people have been shot, with 49 killed and 48 injured. Police have confirmed "multiple fatalities" in "significant" incident

• Four people are in custody - three men and one woman

• All flights between Dunedin and Christchurch have been cancelled.

• Part of Somerville St in Dunedin has been cordoned off and the armed offenders squad is present.

• City in lockdown, with reports of a third shooting scene and a car bomb in Strickland St

• One gunman, believed to be Australian, filmed as he shot victims in the mosque - and wrote a manifesto declaring his intentions

• Police have urged anyone in central Christchurch to stay indoors and report any suspicious behaviour immediately to 111. Armed police can be seen on Deans Ave near Hagley Park.

• Police confirmed at 2.41pm that all Christchurch schools had been placed into lockdown. At 5.57pm police lifted the lockdown for schools.

• Teen witness: "I just ran as fast as I could, over the fence to Hagley Park, I didn't stop. The gunshots sounded like pop, pop, pop...I heard over 50."

• Another witness said he ran for his life as his friends were shot dead around him at the mosque.

• Armed police were also at second mosque in suburb of Linwood.

• There were about 200 people in Masjid Al Noor mosque on Deans Ave when shots were heard.

• Deans Ave has been closed between Moorhouse Avenue and Riccarton Rd. Road users are advised to avoid the area.

• In Cathedral Square, at the climate protest a police officer asked for everyone to make their way home immediately. The police officer said there had been an incident and students should go straight home.

• Christchurch Hospital was earlier placed on lockdown. All appointments have been cancelled this afternoon, and no staff or patients were to enter or leave the building, the district health board said. Members of the public were told not to go to the hospital unless it was an emergency.

Council staff will take your details and check if your child is in the building. Please do not try and come and collect your children until police say it is safe for people to come into the central city.— ChCh City Council (@ChristchurchCC) March 15, 2019

• The Bangladesh cricket team was at the mosque for Friday prayer when the shooting started. The players were shaken up but uninjured.

• The third Black Caps v Bangladesh test which was set to start tomorrow has been cancelled.