Coronavirus: Evacuees to be quarantined in NZ 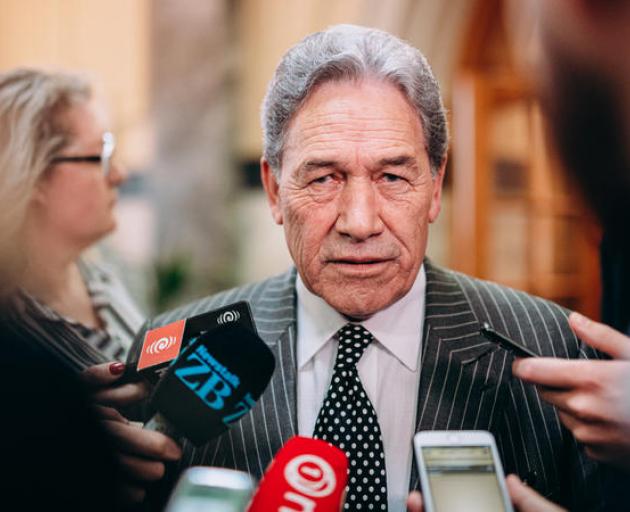 Foreign Affairs Minister Winston Peters. Photo: RNZ
New Zealanders evacuated from Wuhan amid the coronavirus outbreak will be quarantined in Aotearoa, not on Christmas Island like the Australians.

The flu-like virus broke out in the central Chinese city at the end of 2019. While China has since moved to lock down most of Hubei province, the deadly virus has still spread to about 15 countries from France to the United States.

The death toll in China has risen to 162, with about 7000 confirmed cases. The virus spreads in droplets from coughs and sneezes and has an incubation period of up to 14 days.

As efforts to co-ordinate evacuations continue, Foreign Affairs Minister Winston Peters said today that New Zealanders would be brought back home, but where to remained a question to be answered.

"We are looking at the quarantine options within New Zealand already, we are working on that."

He said the Government would be able to provide information on where when it had made a choice.

There are 53 New Zealanders registered as being in Wuhan and Peters said extracting them was a complex issue. The criteria for getting on an evacuation flight were still being worked out.

The timeframe depended on the Chinese government's permission to allow an aircraft to be used for extraction.

A domestic aircraft would be a quicker solution than a military aircraft.

Peters said the mission would require the agreement of whoever flew and staffed the plane. Health safety measures would be put in place for them as well, he said.

When asked if New Zealand would pull consular staff out of China he said: "that's a fair question" but that "we don't want to overreact until we know what we are reacting to and what the issue in terms of medical rescue is all about ... it's a major concern and all aspects of the problem known now and potentially are being looked at".

New Zealand and Australian diplomats are meeting in Wuhan today to finalise a plan to get trapped residents out.

Travel companies in New Zealand are cancelling tours to China amid the coronavirus outbreak. It comes after a directive from the Chinese government.

One of those is Flight Centre, which has dropped all planned tours until April. Its head of product, Victoria Courtney, said if people had left already for a tour it would go ahead as planned.

"Our advice at this stage ... is to come in, talk to your travel consultant and we will reaccommodate people. We are working with all of our preferred partners on the ground to reaccommodate people wherever possible onto other itineraries or other holidays if possible and work to postpone or reschedule trips if that's what customers choose to do.

"I think our advice would definitely be looking at the safe traveller information which is evolving daily ... avoid all unessential travel to china and try to either cancel, postpone or reschedule."

Courtney warned people to check their travel insurance if they were still going.

"Travel insurance will cover customers ... if they get sick and they need to be repatriated or they have any medical expenses that they incur through the coronavirus ... but most travel insurance itself won't cover situations of communicable disease so it's really good at this time to look at your travel insurance policy.

"There are some ... which do cover situations like this, but it's really worth talking to your travel insurance company or your travel adviser and we can work through the fine details."