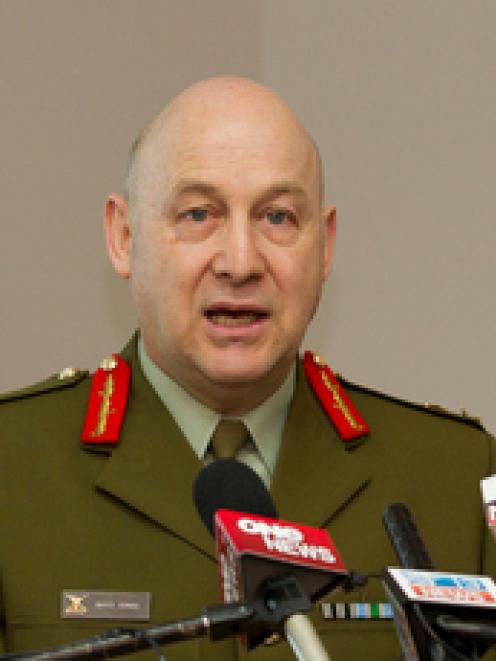 The seasoned officer has been in the role since January 2011, when Prime Minister John Key appointed him for a three-year term - rather than the usual five - in order to monitor progress in a major review of Defence Force spending.

Labour Party Defence spokesman Phil Goff said the Government was yet to announce its decision not to reappoint Lieutenant General Jones to the role.

"The recent safety review of the Defence Force is a clear example. That report points out that for two years the Government has not implemented the key recommendations of the last safety report, the 2011 Cosman Review.

"The Minister is responsible for oversight of the Defence Force's actions or inactions. He must have read the Cosman Review, but apparently never raised questions as to why it was not acted upon.''

"Yet the report refers to all of these as factors in the poor safety record of the Defence Force.

"The latest report is a real cause for concern. Its finding, for example, that up to 5 per cent of all Navy lifejackets did not have the required inflation devices attached to them is a reflection on the state of New Zealand's Defence Force under this National Government,'' Mr Goff said.

When Lieutenant General Jones was appointed, Mr Key said his term in the role was likely to be extended if his management of the process of cutting Defence Force spending was satisfactory.

Mr Key appointed Lieutenant General Jones to the shorter three-year period primarily because of "the big job'' in relation to the "value for money'' exercise the Defence Force was to undergo.

"We want to make sure we're in a position to monitor that progress,'' Mr Key said at the time.

A 2010 policy review suggested significant changes to every arm of the Defence Force to gain greater efficiencies of operation from a severely constrained state purse.

Lieutenant General Jones, 53, enlisted with the Army in 1978, graduated from the Royal Military College, Duntroon, Australia in 1982 and has held a variety of operational, training and senior command roles.