In a race against Delta, the Government is completely revamping how cases are managed so low risk ones will isolate at home to free up quarantine rooms for those more likely to infect others.

The change will also allow more of the tens of thousands of Kiwis wanting to come home from overseas to do so - but probably not until early next year.

In an exclusive interview with the New Zealand Herald, Covid-19 Response Minister Chris Hipkins said most of the people in MIQ didn't have the virus, but are taking up rooms that will be needed as more and more people catch Delta.

The Government has been working on similar changes for 2022 with more open borders, but the need has now become immediate, alongside the sprint to get people vaccinated, as case numbers climb. 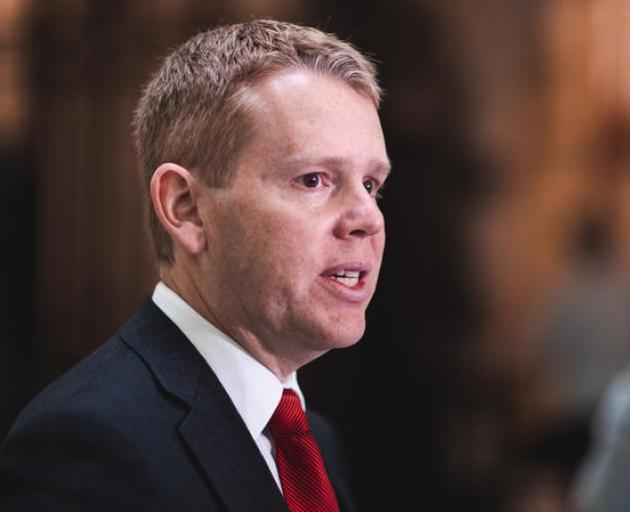 Chris Hipkins. Photo: RNZ / Samuel Rillstone
Yesterday there were 71 new cases, the highest daily number since the start of September.

"We shouldn't underestimate the extent to which we're right at the tipping point of having to make some big decisions, based on a fundamentally different risk profile to the one we had a couple of months ago," Hipkins said.

Back then, there was no Covid in the community, and the risk was mainly at the border as overseas travellers potentially brought the virus in.

But Delta is now in the community and here to stay.

On Wednesday there were 284 out of 586 quarantine rooms in use, and 617 active cases. But that number could tip over 1000 within weeks, with case numbers estimated to hit 160 a day by early November.

At that point, contact tracing capacity - revealed yesterday at 170 to 180 cases a day - would be under severe strain, and MIQ facilities would be at bursting point.

"We have to look at our MIQ settings. Are we isolating the right people?" Hipkins said.

"At the moment right across MIQ, including the international arrivals and close contacts of cases, the vast majority don't have Covid.

"When you're dealing with actual cases in the community, you want as many as possible to be safely isolated, so the whole risk assessment changes."

That means cases at low risk of infecting others will isolate at home, while high risk ones will be moved to MIQ.

Those could include people who are sick, live in large households or places that make isolation tricky, or are less likely to comply with what is necessarily a high-trust model.

Asked when home isolation might start, Hipkins said: "We're at that point now. If a case was identified out of the cases today who could safely isolate at home, we'd be telling them to do that - particularly if they're asymptomatic."

MIQ has capacity for about 4500 rooms a fortnight, but most are for overseas arrivals.

Hipkins has flagged shorter MIQ stays for fully vaccinated Kiwis coming home who've had a negative pre-departure test - though when this would start is still to be decided.

It would free up more MIQ space for the Kiwis abroad who are furious with the MIQ voucher lottery.

But given the expected increase in cases, Hipkins said the doors to Kiwis overseas wouldn't be widened until "probably early next year".

"We're not suddenly turning the tap on, or anything like that."

'Fuel to the fire' warning 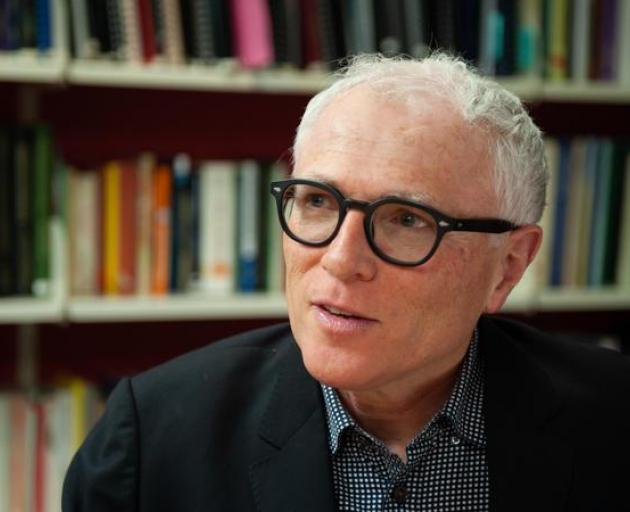 "With suppression, you're not concerned about every transmission event anymore, but about reducing the frequency of transmission," he said.

"You put more of your resources into people who are the most vulnerable, or at the highest risk of transmission - people who are in the worst housing situations, for example."

"We won't have enough MIQ space for the case numbers we will see."

He warned that cases flouting home isolation rules would "add fuel to the fire", as would a stretched contact-tracing system.

Twenty five extra contact tracing staff have already been brought to Auckland, though the Herald understands some public health staff in Auckland have quit in the past week.

Hipkins is also looking at offshore healthcare workers to ease any burden on the health system.

He expected about 350 healthcare workers - including some ICU specialists - in the immigration queue to be granted entry to New Zealand.

"We will find a way of getting them in in the next couple of months. We're certainly trying to get them in as quick as we can."

Hipkins has been open about the expected rise in case numbers, and the likelihood of Delta spreading beyond Auckland given the thousands of people who are allowed to leave the city every day.

And then there are those who are escaping; on Tuesday, for example, police arrested two sex workers who travelled from Auckland to Blenheim without authorisation.

Public health experts said last week there was still a diminishing chance of returning to zero cases in Auckland, but Hipkins said that hope slipped away about three weeks ago.

"When we got into those single figures [in daily case numbers], I thought, 'Yes, we might just do this'.

"That was the tipping point. When we started to climb back out of those single figure cases, which we only sustained for one or two days, it started to become clear. That was also the point at which it got into those very hard-to-reach parts of the community."

That was also just after the move from level 4 to level 3 in Auckland, but Hipkins insists that staying in level 4 would not have seen a return to zero cases.

"The biggest increase in cases has been from indoor social gatherings [including at level 4]. Level 4 and level 3 only work if people voluntarily comply."

'The clock is ticking'

The Government is banking increasingly on the vaccination sprint as rising cases put the squeeze on MIQ spaces and public health staff.

"There's a reason why we've been going full bore at it this week, with the focus on Super Saturday," Hipkins said.

"The clock's ticking every day, it's like tick-tock. You've just got to get more people in."

Hipkins said more people were using walk-in clinics to bring forward their second dose, so Auckland might hit 80 per cent in two weeks.

Saturday would also see teams in Auckland targeting the vulnerable and unvaccinated - including young Maori and Pasifika in South Auckland - who will need to have good vaccination coverage before Aucklanders see more freedoms.

"It'd be fair to say we're very acutely aware of the equity challenge that we've got. That is a factor," Hipkins said.

The Government has also been working on replacing the alert level system with a traffic light system that aligns with risk.

Prime Minister Jacinda Ardern is expected to reveal more about the new system on Monday.