New Zealand's love affair with DIY is a fatal attraction that will continue to claim lives, as more unsuspecting homeowners rip into floors, walls and ceilings containing asbestos.

But more research is needed to determine the extent of the risk, which remains a relative unknown in New Zealand despite dire conclusions reached overseas, a leading cancer epidemiologist says.

The call came from Prof David Skegg, of the University of Otago's department of preventive and social medicine, during a month-long ODT Insight asbestos investigation.

Prof Skegg said the number of do-it-yourself home renovators and others dying from a "third wave'' of malignant mesothelioma, a cancer caused by asbestos exposure, was "possibly'' still rising in New Zealand.

The third wave of death related to people exposed to asbestos in non-occupational settings, including while carrying out DIY work at home, he said.

Previously, asbestos miners, product manufacturers and tradesmen had borne the brunt of the first two waves of asbestos-related disease, which had so far claimed an estimated 5100 lives across New Zealand.

But in Australia, research suggested 20% of mesothelioma cases over the last five years related to asbestos exposure in the home, including DIY, and 8163 new "third wave'' cases were predicted for the decades ahead. 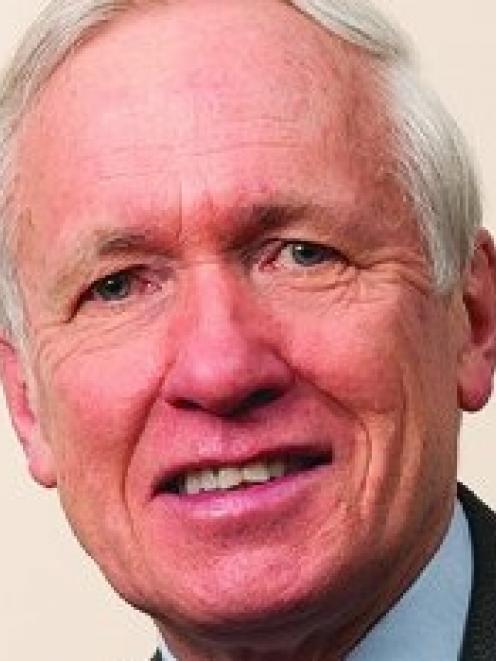 Prof David Skegg.
Prof Skegg said New Zealand's third wave of death would be smaller than what had been experienced in the past, but a lack of research made estimating its exact size "very hard''.

New Zealand needed a national epidemiological study of mesothelioma, like that conducted in Australia and the United Kingdom, to better understand the causes of third-wave exposures, including DIY, he said.

"We just don't have that information in New Zealand.'' .

A proposal for just such a study was being prepared by Prof Skegg's colleague, Associate Prof David McBride.

"Obviously this will depend on obtaining funding, but I very much hope it goes ahead,'' Prof Skegg said.

However, the suggestion prompted mixed responses from WorkSafe and the Ministry of Health, underscoring the uncertainty of how mesothelioma would be treated here.

A WorkSafe New Zealand spokesman said the idea had merit, as a national study - likely to cost about $200,000 - would provide additional data on the prevalence of mesothelioma by occupation.

"This could allow a more targeted approach to intervention and education.''

Without such a study, it was impossible to say exactly how many people might face third-wave asbestos exposure, illness and death in New Zealand.

There was no doubt the asbestos risks associated with DIY work "is an issue'' in New Zealand, and rates of third-wave mesothelioma "would be roughly comparable with those of Australia'', he said.

But it was an issue that fell outside WorkSafe's remit if DIY work was carried out by a homeowner, meaning the study was "not a project that WorkSafe sees itself taking on currently''.

Instead, independent health researchers could, perhaps funded by an organisation like the Health Research Council of New Zealand, he said.

Ministry of Health chief adviser Dr Fran McGrath said New Zealand could expect fewer cases of third-wave mesothelioma than Australia, where use of asbestos-containing materials in homes was more widespread.

It might also be difficult to obtain "a statistically significant result'' from such a study in New Zealand, because of the country's lower rate of mesothelioma, small population and the difficulty of quantifying exposures from 20 years or more ago.

"However, the proposed study could provide useful information if the methodology is scientifically valid.''