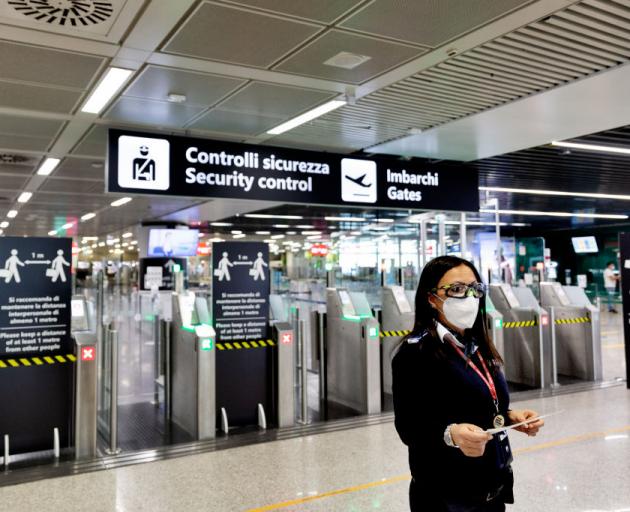 The security control at the international airport of Roma Leonardo Da Vinci. Photo: Getty Images
The European Union has named 14 countries whose citizens are deemed "safe" to be let in from today, and the list includes New Zealand.

The United States, Brazil and China are excluded, the BBC is reporting.

The EU is ready to add China if the Chinese government offers a reciprocal travel deal for EU citizens.

EU border controls have been lifted for EU citizens travelling inside the bloc.

Rules for UK travellers are covered separately in the Brexit negotiations.

UK nationals are still to be treated in the same way as EU citizens until the end of the Brexit transition period on December 31, so during that time they will be exempt from the temporary travel restriction.

What about Taiwan and Vietnam ???
These countries have lead the way in tackling the pandemic !!!
Sounds like the EU is playing politics with their 'freedom' of movement 'offerings'.
Has NZ said it will provide recipiticle arrangements with the EU.
I don't think so.
Our government doesn't even trust the Aussies let alone our Pacific brothers and sisters.