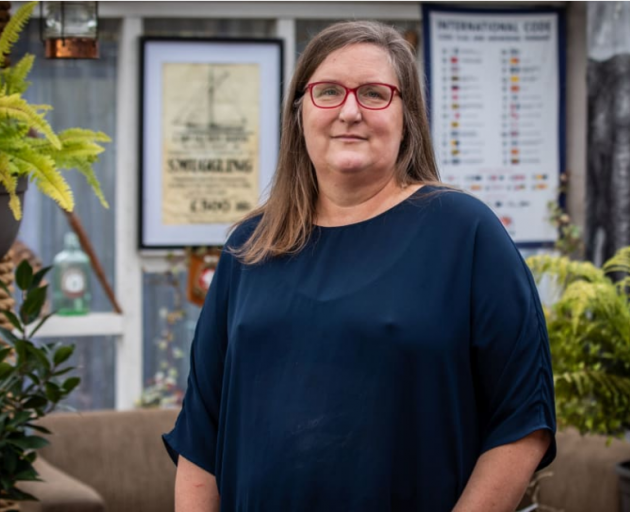 Yvette Phillips says the painful experiences she had at ACC during a restructure were so bad these ended her career. Photo: RNZ
In a first ACC has been forced to compensate one of its own former staffers for the depression and anxiety she suffered from being bullied on the job.

The woman was a senior staff member who took her case to court and won and now the agency must provide ongoing cover for a mental injury that happened under its watch.

Yvette Phillips moved her family to Christchurch to take up her dream job working as a policy advisor for ACC but two years later she faced redundancy amidst a restructure.

During a meeting in October 2019 to discuss her potential redeployment, she said her manager was "confrontational and aggressive", and she left the meeting in tears feeling "ambushed and blindsided".

While on stress leave, Phillips returned to the office in March 2020 to retrieve her laptop and was publicly humiliated in front of colleagues when another staffer accused her of lying and then stripped her of her laptop.

"It's extremely painful, honestly. I suppose that's the best word for it. They were very painful experiences because in fact it's put an end to my career," she said.

"I can hear my voice cracking now...to try and take myself back there and describe it is tough. I suppose I've kind of closed that book."

She was diagnosed with major depression and post traumatic stress - and two doctors pointed out either of the events she experienced at work could lead to mental injury in most people.

Knowing ACC's policy inside out, she put in a claim for cover for a work-related mental injury but it was refused, as was a subsequent review.

But having worked for the policy team, she thought her case was solid and appealed the decision in the Wellington District Court.

In his judgement, released in May, Judge Chris McGuire found that Phillips had suffered a work-related injury.

"The appellant's accounts of these two incidents in particular are detailed and meticulous. I accept them. The respondent has offered no counter evidence."

Phillips said it was difficult to speak out and pursue her case.

"It's only because of my knowledge of ACC, having worked there for seven years, and my understanding of the legislation that I could say to myself: 'no you know you've got this, you know the legislation, you know how this works'," Phillips said.

Phillips will receive weekly payouts after winning the appeal, and is in the final stages of confirming the amount.

It accepted 81 claims for work-related mental injuries last year, but could not easily identify how many of those related to workplace bullying.

In a statement its chief people and culture officer, Michael Frampton, said as an employer the organisation has only received one mental injury claim for bullying at work but he could not speak about individual employee matters.

"It is important that all our people feel safe and supported while they are at work. ACC does not tolerate bullying or harassment in any form. We encourage our people to raise any concerns, and we provide multiple avenues to do so."

'This may open the gates'

"I'm surprised it's been so long coming and I think it's ironic that it's ACC that's the employer in this case because it's clear that it always fitted, in my view, within the definitions of the [Accident Compensation] Act, in legislation," she said.

She has had work-related mental injury claims kicked back and said that Phillips's case could help others in similar situations seek ongoing cover.

"This is another string to the bow and I think it's an important one. I think this may open the gates, give people more confidence in going down that route."

Phillips was glad her situation could pave the way for others to get the justice they deserve.

"For anyone else who doesn't have that experience and knowledge in that same situation just feeling that there's nothing out there that can help them. Now knowing that this is underpinned by the Court of Appeal and case law, I think that's amazing that that could come out of this."

She has recently returned to the workforce part time.

"It's been tremendously, tremendously difficult financially so now, two years on, to know that I've got cover, and know that I can access what I need to move forward is an intense relief."

She said the ongoing cover from ACC will allow her to get the therapy she needed two years ago when the bullying occurred.

"Only now has a line drawn under it where I can breathe and say: 'well that's done I got there in the end, I got my voice heard', but sadly I didn't get the therapy I needed at the time."