Chris Hipkins says changes to pre-departure Covid-19 testing are likely and the managed isolation network will be largely done away later this year.

The Minister for Covid-19 response made the comments at a health select committee this morning.

Hipkins told MPs at a health select committee today that, as a Parliamentarian, he'd never been comfortable with the Covid-19 Public Health Response Act and hopefully most of the Government's pandemic response rules will largely be dismantled or replaced by the end of the year.

"Those kinds of extraordinary powers should only be used in an emergency situation, and only as long as they're justified.

"We will reach a point, and I hope it will be this year, where the vast bulk of our Covid-19 response will transition to a more business-as-usual approach."

The Minister for Covid-19 Response said changes to pre-departure testing were likely and the MIQ will be largely done away with by early August.

Hipkins said the Crown was unlikely to appeal the April Grounded Kiwis court ruling which found New Zealanders' rights to re-enter the country had been infringed.

Justice Jillian Mallon found managed isolation and quarantine was a critical component of the Government's elimination strategy but the combination of the virtual lobby and narrow emergency criteria meant Kiwis' rights to re-enter New Zealand was infringed. 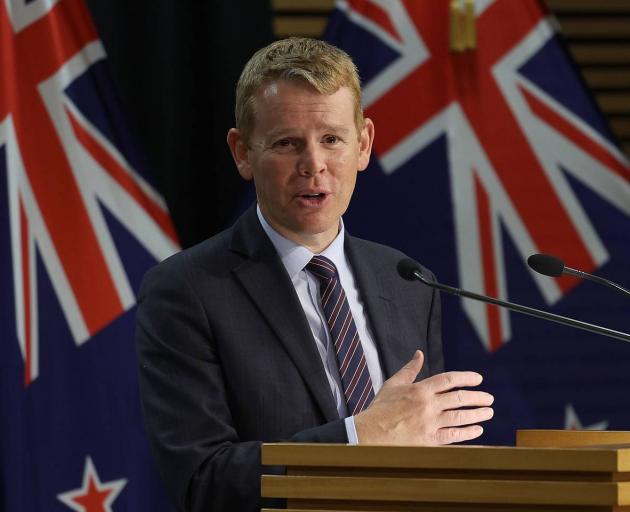 Hipkins said MIQ was now largely in use for refugees, arrivals from Afghanistan and Antarctic scientific staff, and the network would largely fizzle out by August.

A review of the Covid-19 response was likely, but the exact nature of that review was to be determined, he said.

"For public confidence though, it'll need to have a good degree of independence."

Royal Commissions could go on for a very long time and consume vast resources, he said.

"The most concerning new variant for us is one that would send us back to square one."

The minister said such a variant - impervious to vaccines and highly lethal - was unlikely.

"But we have to be able to plan for all of those."

Act leader David Seymour asked Hipkins what the goal of the pandemic response was now.

Hipkins replied the goal was still to reduce hospitalisations and mortality.

He said some recent advice suggested reducing isolation periods from seven days to five could lead to infected people passing on Covid-19 to 33 per cent more people.

Much of the advice for the overall pandemic response was based on statistical modelling, he added.

"But some of those numbers may well be shifting."

Seymour said some people who had bad reactions to first or second doses had been mandated out of jobs.

"Are we going to keep mandating boosters when other countries stop doing it?"

The minister said technical experts had generally advised a fourth dose or second booster was desirable, no earlier than six months after the third dose.

"What you'll see is those mandates are constantly shrinking," he said, referring to compulsory vaccinations for some workplaces.

Te Pāti Māori earlier today said the pandemic response was largely successful and should provide a template for future initiatives in terms of devolving more decision-making.

"The devolution of Covid funding to Māori to lead our own solutions highlighted that all we need to succeed is for the Crown to step out of the way," co-leader Rawiri Waititi said.

More than a million Kiwis have tested positive for the virus since the pandemic began, although some experts think the actual number of infections is double that number.

Director general of health Dr Ashley Bloomfield last week said probably only half of the country's Covid infections were likely being reported.