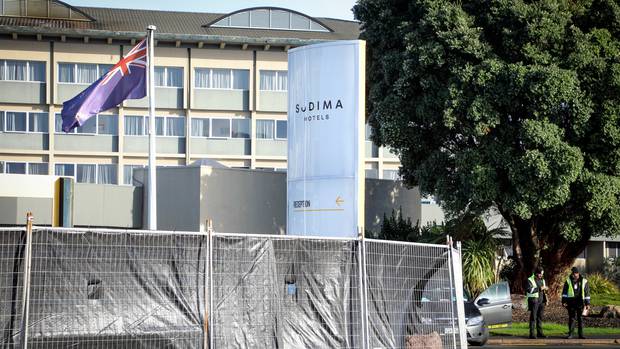 The man was reported missing at 11pm yesterday for half an hour from the Sudima Rotorua facility, sparking a search by New Zealand Defence Force staff.

Police are investigating the incident and checking CCTV security footage to establish exactly where he went during that time.

"However, indications are that he did not move beyond the immediate area," a statement said.

It appears the man escaped through a fenced area.

"There is no information to suggest the man came into contact with any other person while he was outside the facility," authorities said.

The man involved was taken to hospital for assessment, due to concerns for his wellbeing.

The head of Managed Isolation and Quarantine, Air Commodore Darryn Webb, said there was a low risk to public health.

The man had tested negative for his day 3 test after arriving from Brisbane on September 8.

He remained symptom-free and was now in his ninth day of isolation, Webb said.

"I would like to reassure people - particularly those in Rotorua who have concerns - that the health risk as a result of this incident has been assessed as low."

Security had now been "bolstered" at the site as a result of last night's incident, he said.

Hardly surprising that people can escape temporary makeshift fencing around a hotel, when others escape from prisons that are purposely designed to keep people in. Don't give this absconder any leeway in sentencing.

Safety & security at our borders and quarantine facilities is our biggest concern and as much as I admire the way we have fought this disease I think we still have more to do in those areas. This is the safety of NZ we are talking about and unfortunately some people cannot be trusted. We need to make the security more robust. It's something we are going to have to live with for sometime.