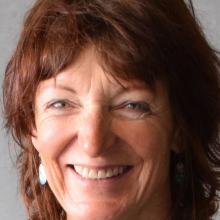 For services to mountaineering

Lydia Bradey remembers having been "super bad" at sports at school — to the extent that she feared sports days.

Today she is New Zealand’s foremost female mountaineer, and is "emotionally and spiritually drawn to the mountains".

Ms Bradey was born in
Christchurch on October 9, 1961. She recalled from her Lake Hawea home recently that the first mountain she climbed was Mt Rolleston in Arthurs Pass when she was 16, followed by Mt Aspiring when she was 17.

"Mountaineering was a world of non-competition at that time, and of acceptance and discovery on my own terms."

In 1988, Ms Bradey became the first woman to climb Mt Everest without supplementary oxygen — a feat some disputed, labelling her, she said, a "liar and a bad person".

"However, now it’s way in the past and not like that anymore."

Asked to list the services to mountaineering she believed led to the award, Ms Bradey noted she remained the only New Zealander to have climbed Mt Everest without oxygen, had guided on Mt Everest five times — more than any other woman — had achieved world and New Zealand firsts and been a role model, she hoped, for other women.

When she is not guiding, Ms Bradey is a professional speaker.

"My ethos is encouragement of others and also, I feel it’s important that young people understand that you don’t have to be good at something naturally to achieve.

"It’s about involving yourself in a community, choosing to spend time with encouraging and supportive people, giving out and giving back to people your time and energy, and respect, too, of people and of the environment, and of course, discovering the world of hard work and resilience."

Ms Bradey said it was "brilliant" to receive the award and a "huge honour" she was deeply grateful for. 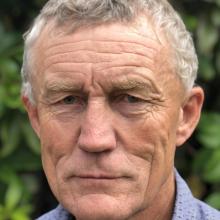 For services to local government and the community

Anthony Kokshoorn believes he is receiving an ONZM on behalf of his community.

He said it was nice to be recognised, but the award was not about him.

"I am gratified, but this reflects on everyone in the community."

Mr Kokshoorn (64) served in local government for 21 years, including 15 years as Mayor of the Grey district.

Mr Kokshoorn served as a district councillor before becoming mayor in 2004.

As mayor he provided leadership at times of considerable difficulty on the West Coast, including following the Pike River Mine disaster on November 19, 2010, the closure of the Spring Creek Mine, and in the wake of a tornado that caused major destruction.

He was commended for his role as the face of the West Coast community in national and international media coverage of the Pike River Mine disaster.

He worked alongside the families of the 29 trapped men and contributed to a plan to gain re-entry to the mine.

He had previously been a driving force in lobbying for the Pike River Mine to be built to bring much needed jobs to the West Coast following the decline of the timber milling industry.

He held a number of chairman and patron roles within the community and worked on projects to strengthen infrastructure and improve local amenities to promote tourism.

Mr Kokshoorn has helped raise more than $30million for West Coast charities, often at his own expense in travel time and resources. 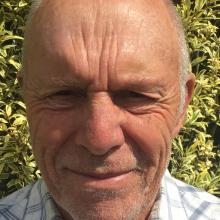 For services to mountaineering, alpine safety and the community

Standing at the top of the world can be a humbling experience.

Shaun Norman (76) stood there many times en route to being made an Officer of the New Zealand Order of Merit.

"You feel absolutely tiny, you’ve got 8000m peaks all around you, and you don’t count," Mr Norman said.

He said he could not believe his eyes when he opened the letter informing him he was to be recognised for his services to mountaineering, alpine safety and the community.

He is the New Zealand Mountain Guides Association’s longest serving guide and has ascended Aoraki/Mt Cook a record 39 times.

Since becoming the first secretary and treasurer of the NZMGA in 1975, he helped to get it recognised at an international level. For three years in the 1990s he was the association’s president.

Mr Norman has played a big role in elevating New Zealand’s alpine safety, and has assisted with search and rescue operations over the decades.

He has been responsible for field leadership of United States and New Zealand research teams for a range of climate change and meteorite research projects in the Antarctic.

He has also been a voluntary driver for St John Ambulance Service for 15 years and has organised, built and run a number of significant community projects in Twizel, notably the Twizel Community Climbing Walls and town walking tracks.

Yet, looking back at his decades of service, Mr Norman said he thought of other worthy recipients and that he could not have become the man he is today without his wife, Judy.

"The thing that really stands out for me is having a lovely, lovely wife who’s forever supported me in all these different adventures,’’ he said. 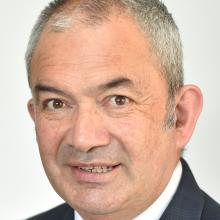 For services to fostering children and social work

Shayne Walker (60) is "a bit embarrassed" about the honour he has received, but knows it is a way of acknowledging the others involved in the work he does.

He and wife Helen fostered 192 children over a 12 year period, ending in the mid-1990s, although many are still regular visitors.

During this time they would often have eight to 12 boys living with them at the same time.

"Half this honour belongs to my wife Helen. Also, my daughters Bethany, Lydia and Alice who have made a tremendous contribution."

Mr Walker recently retired as Social Workers Registration Board chairman and has been a senior lecturer at the University of Otago’s School of Social Sciences since 1996.

His Ngai Tahu and Ngati Kahungunu ancestry provided a "fantastic foundation" for the work he was involved in, he said.

Mr Walker is originally from Bluff and became interested in the work due to his experience of being orphaned at 12.

"What got me involved was being raised by four sets of parents."

Mr Walker was a strong advocate for care and caregivers and supported the care service provided by the Dunedin Oranga Tamariki office.

He is an unofficial kaumatua for Oranga Tamariki and has been a member of various advisory bodies to take action against family and sexual violence.

He is on the Family Violence Death Review Committee and Voyce Whakarongo Mai, and has served on the Child, Youth and Family Care and Protection Resources Panel.