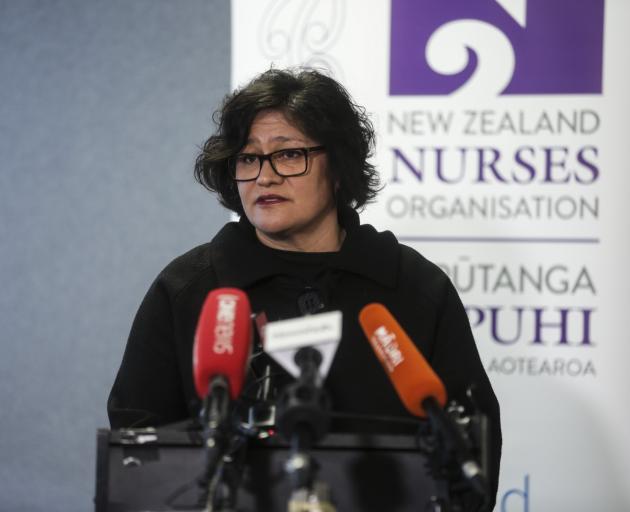 Deputy Prime Minister Grant Robertson yesterday insisted plans were in place for hospitals that might get overwhelmed by Covid-19.

“What we have been planning for the whole of the outbreak is making sure that the health system can cope.”

With the country recording triple figure cases for the first time since Covid-19 arrived in New Zealand, focus is growing on how the health system will cope.

There were 102 community cases reported yesterday.

There are 46 people in hospital with the virus, including seven in intensive care or high dependency units.

The Ministry of Health also revealed the first Hawke's Bay location of interest after one of yesterday’s cases in Waikato travelled to the region last Friday.

Parts of Waikato will remain in Alert Level 3 for the next six days, after the region recorded eight new cases earlier yesterday.

While nurses were highly skilled and had risen to ever-increasing demands, they were burnt out and seriously understaffed, Ms Nuku said.

“Basically, we’re saying to the Government that, even though you’re acknowledging things are frighteningly bad right now, ‘you ain’t seen nothing yet’, and we would have been better prepared had you not decided to go it alone around nursing."

“The Government has not acted swiftly enough and, because it has not consulted with nursing experts or
the nurses’ union, we
have band-aid solutions being applied all over the place that only serve to devalue nurses, while the heart of the problem has remained unaddressed,” Ms Nuku said.

On Wednesday, Health Minister Andrew Little said 300 places a month would be reserved in managed isolation and quarantine from November for health workers from overseas.

“Meanwhile, we have around 3500 nursing vacancies nationally across the health sector.

"Even if the nurses took all 300 MIQ places each month, we wouldn’t be breaking even in a year’s time because so many nurses continue to leave."

The Government’s plan to train staff to work in intensive care units was “woefully inadequate”, she said.

“It is not a fair or realistic long-term solution to expect [nurses] to function professionally in ICU environments on the basis of four hours’ online training. [It] will put nurses and patients at risk.”

The Ministry of Health would work with district health boards and primary health organisations to allocate nurses to the people needed most urgently.

Ms Nuku said the Government must consult with nursing unions to address and solve issues.

“NZNO needs to be at the table when nursing issues are being decided by Government and the situation we currently find ourselves in is just likely to get worse because that has not happened.”

Prime Minister Jacinda Ardern will today reveal a new restrictions plan — a traffic light system — including different rules for the vaccinated and the unvaccinated.

It will include vaccination targets and the pathway for how Auckland comes out of lockdown.