Photo: Getty Images
It was surprising how long it took for Omicron to arrive in New Zealand, a prominent Dunedin evolutionary virologist says.

The first case of the new Covid-19 variant of concern was confirmed in New Zealand yesterday, by director-general of health Dr Ashley Bloomfield.

Omicron was detected at a managed isolation and quarantine (MIQ) facility in Christchurch after the person arrived in New Zealand on a flight from Germany through Dubai that landed in Auckland last week.

Its high transmissibility could cause the Government to adapt its response to the virus, Dr Geoghegan said.

She also warned against underestimating the virulence of the new variant.

Data on how many days it took for the number of cases to double suggested Omicron was under-reported because of testing capacity limits.

"It seems that the doubling time of Omicron overseas is two to three days, meaning that it’s rapidly increasing in frequency everywhere," she said.

The Government had been required to change tack when Delta arrived in New Zealand and now, Omicron could again cause the Government to rethink its approach.

"That will affect the way that we control spread, but it is also clear that it is very good at evading vaccines. 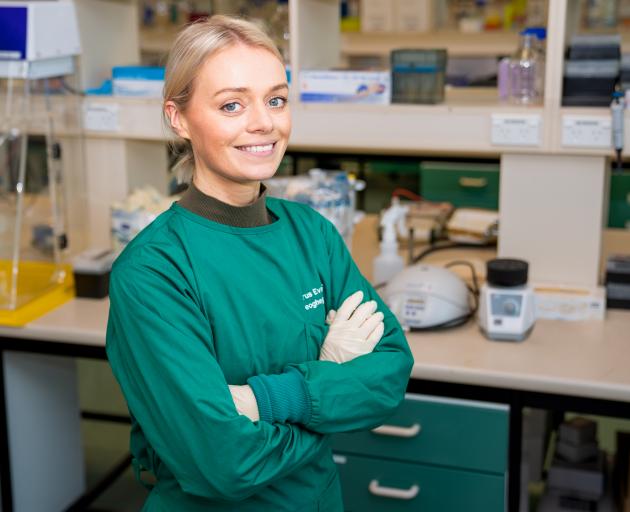 A large portion of those known to have Omicron in the United Kingdom where case numbers were surging were young people who might be less likely to suffer seriously anyway.

So while there had been anecdotal evidence the strain was less virulent, it was far too early to conclude that.

"I think it’s way too early to be making those assumptions and a little bit dangerous, because it might give people the wrong message," she said.

Yesterday, Dr Bloomfield would not rule out future localised lockdowns if Omicron made its way into the community.

He said officials were at present treating every border-related case as if it was the new variant.

Urgent sequencing work was being carried out on all border cases.

If there was an Omicron case, everyone on that flight would be considered a close contact, he said.

The positive case confirmed yesterday was detected in a person who was tested on day 1 of MIQ on Saturday.

The positive test result was recorded on day 2.

The case was then reported on Monday as a case that had come from the border, Dr Bloomfield said.

People on the flight from Germany were transferred from Auckland to Christchurch on a chartered domestic flight.

All people on that flight were in two hotels in Christchurch, Dr Bloomfield said.

Arriving passengers could not leave their rooms until day 1 test results were in.

When the Omicron case was found, the person was immediately moved to a quarantine facility.

They were at the Sudima Hotel MIQ facility in Christchurch, where there were quarantine facilities.

The person was double vaccinated with the Pfizer vaccine.

Dr Bloomfield said the bus driver who took the person to their hotel would get tested, as would the crew on the Air New Zealand flight.

There had been one other Covid-19 case confirmed from that flight, but genome sequencing showed it was the Delta variant, he said.

He said the incubation period of the Omicron variant was shorter than Delta’s, so the ministry was confident it would pick up cases during the seven days of managed isolation.

There were good protocols in place designed to stop the virus getting across the border.

"We have every intention of keeping Omicron out of the country for as long as possible," Dr Bloomfield said.

The Ministry of Health said of the new cases, 55 were in Auckland, seven in Waikato, 10 in Bay of Plenty, one in Lakes and 16 in Taranaki.