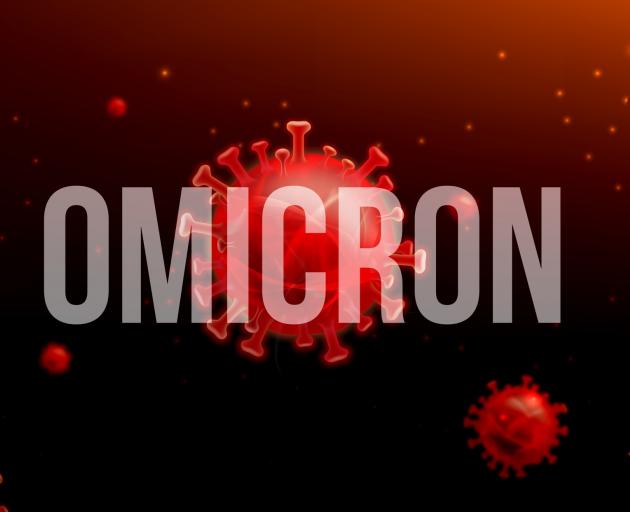 Photo: Getty Images
The ascendant Omicron subtype BA.5 may become New Zealand's dominant form of Covid-19 within the next fortnight. But already, there are early signs that another emerging Omicron subvariant may replace that. What are they and what do we know? New Zealand Herald Science reporter Jamie Morton explains.

It might be hard for the rest of us to keep up, but to virologists, why new variants and subvariants like these arise and cause havoc is well understood.

As viruses spread, they replicate by copying their own genomes. In the process, they sometimes make mistakes - creating what we know better as mutations.

The longer and more easily a virus is allowed to spread from host to host, the faster it learns how to better infect them.

If it finds a certain mutation offers some kind of advantage, like better invading our cells, then that useful "mistake" sticks.

In all of the Covid-19 variants we've seen so far, a key feature has been clever combinations of specific, structure-changing mutations that helped them spread quicker.

These mostly tended to occur around the virus' "spike protein", which it uses to latch on to a specific receptor that gave it entry to our cells – and that's just what's happened in the latest succession of Omicron nasties.

Scientists quickly found it had a frightening number of mutations – and an ability to multiply about 70 times faster in the lung airways than Delta.

Although less deadly than Delta – studies have indicated Omicron infections are 91 percent less fatal than Delta, with 51 percent less risk of hospitalisation – the variant swiftly proved better at spreading and escaping immunity.

While two doses of vaccine offered just 30 to 40 percent protection against infection, and around 70 percent against hospitalisation, a recent booster dose lifted effectiveness against infection to around 75 percent – and 88 percent for severe disease.

Delta was soon dominated - but it wouldn't be long before the reign of the "original" Omicron came to an end, too.

While BA.1 began showing up at New Zealand's borders late last year, hard on its heels came another subtype, BA.2.

Because both started widely circulating in our communities in late summer, the country's first wave happened to be powered by a combination of the two.

That was in contrast to places overseas hit by BA.1 early, only to face second waves driven by BA.2.

By mid-autumn, BA.2 had all but squeezed out BA.1, estimated at between 30 percent to 50 percent less contagious than its successor.

The UK Health Security Agency found it was plausible BA.2's higher transmissibility and a shorter serial interval – a duration between when one infected person starts to show symptoms to when the next person infected becomes symptomatic – were factors behind its higher spread.

Importantly, the agency also reported no great difference in vaccine effectiveness against the two types; in fact, protection against symptomatic disease was slightly higher for BA.2 (74 percent after two to four weeks) than BA.1 (69 percent).

While studies have suggested BA.2 may be more resistant to monoclonal antibody treatments, there wasn't yet enough firm data to show it made people sicker.

Compared with BA.1 and BA.2, cases of BA.3, which carries a similar genetic "deletion" to BA.1, remain extremely rare.

Modellers earlier picked our second Omicron wave to kick off in late winter, or even spring – but the arrival of BA.4 and BA.5 now appears to have brought that surge forward to July.

Although studies are still emerging, the two subtypes may be 36 percent more infectious than BA.2 - and much better at evading immunity.

"BA.2 is still dominant across the country – but about one in every three New Zealand community cases are already BA.4 or BA.5 - and mostly BA.5," Otago University virologist Dr Jemma Geoghegan said.

"So, we can expect BA.5 to become the dominant variant – or account for more than 50 percent of cases – within the next couple of weeks."

The latest wastewater surveillance showed 19 of 20 sites were positive for BA.5.

BA.4 and BA.5 were first detected in South Africa – in January and February respectively – before spreading across the globe.

In late June, they made up about 55 percent of recent global samples.

While they shared many of the same mutations as BA.1, they were more like BA.2 - and again, they carried extra mutations that could change their characteristics.

Both subtypes had identical spike protein genes, and also carried an L452R mutation – something earlier found in Delta, and thought to help the virus better latch on to human cells.

Another change called an F486V mutation, near where the spike protein attaches to our cells, might also help it get around our immune response.

"This subvariant also has a growth advantage over BA.2 and is now everywhere, especially in the US, where it went wild," Geoghegan said.

"While we're seeing a lot of BA.2.12.1 cases in New Zealand, and there are a lot of imported cases of this variant from overseas."

One study published this week examined the ability of antibodies from people who'd received at least three doses of an mRNA vaccine, or got two shots and were then infected with Omicron, to neutralise the new subvariants.

If there's anything floating about now with the potential to usher BA.4 and BA.5 off centre-stage, it's BA.2.75.

Confirmed in New Zealand for the first time on Friday – it came via two people who'd recently travelled from India - BA.2.75 is another new second-generation subvariant of BA.2.

"We do know BA.2.75 has some characteristics that look like they may enhance its ability to evade immunity, similar to the BA.4 and BA.5 Omicron subvariants, and there is some early evidence overseas that it may be slightly more transmissible that BA.2," the Ministry of Health said yesterday.

BA.2.75 packed all of the mutations of BA.2 - as well as an extra eight more in its spike protein.

"By comparison, BA.4 and BA.5 have three additional mutations compared with BA.2 - so this one looks a lot more divergent than the others," Geoghegan said.

"From overseas data, it looks like BA.2.75 has such a strong growth advantage that if it does become dominant in other places, then that will likely occur here, too.

"And, with our more relaxed border settings, we won't really have the same head-start that we had before."

So long as Omicron could keep evolving – particularly within humans with persistent infections, but also in animals – Geoghegan said we could expect to hear about more subvariants as the pandemic ground on.

"I don't think this virus has any antigenic limits to where it can go."