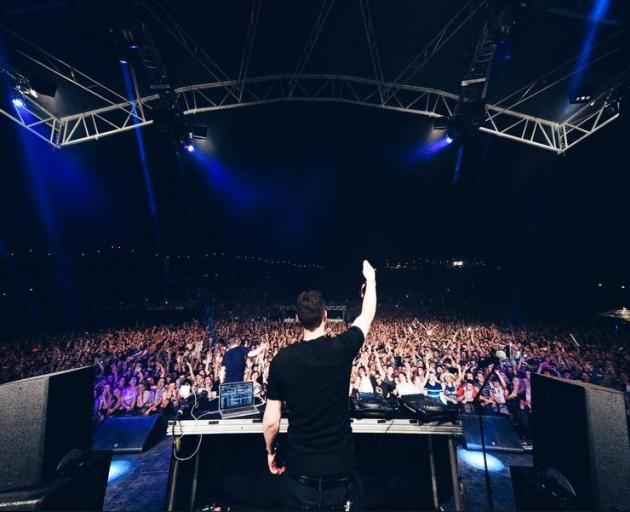 The crowd from Rhythm and Vines 2016. Photo: NZ Herald
After weeks of speculation and angry fans demanding answers, Rhythm & Vines has today announced they will be postponing their annual New Year's Eve festival to Easter Weekend 2022.

The popular Gisborne music festival today made the decision to continue with plans for the festival, but hold it at a time where there would be more certainty to deliver the infamous festival safely.

The venue of Waiohika Estate remains the same.

In a statement to ticketholders, the festival organisers said the decision was been in consultation with Tairāwhiti Iwi, Tairāwhiti DHB, local councils and members of parliament.

"Rhythm and Vines' mission has, and always will be a safe and secure festival for all involved and believes this decision will allow us to keep delivering the best festival experience that over 400,000 young kiwis have enjoyed since 2003."

All tickets purchased for the 2021 festival will remain valid.

Festivalgoers will still have the option to camp over four nights from Thursday, April 14, 2022.

All people attending the festival will have to be double vaccinated and have a vaccination passport. Refunds will be offered to those who are not vaccinated or unable to be vaccinated.

Refunds will also be offered for those who are unable to make the new dates. The refund window closes on December 16th 2021 at 5pm.

As a result of festival organisers stating in the weeks leading up to the decision that people need to be double vaccinated to attend, 2500 R&V tickets had already been refunded.

The news comes after Tairāwhiti iwi urged Rhythm and Vines owners and management to cancel this year's festival over concerns it could cause a Covid-19 outbreak in the region.

The chairpersons of Te Aitanga a Mahaki, Ngāti Porou, Rongowhakaata and the chief executive of Ngāi Tāmanuhiri met with the chief executive and festival director of Rhythm and Vines Live Nation, Kieran Spillane, and managing director Mark Kneebone to express concerns about the festival.

Te Aitanga a Māhaki chairman Pene Brown said his board had met and was adamant that the festival should be cancelled because of the threat posed by 24,000 festival-goers pouring into the region.

"We are concerned about the additional stress and pressure the festival would place on local health services, shops and accommodation owners who would be on red alert," Brown said.

Rhythm and Vines representatives told the iwi that they were doing everything that they could do to ensure that the event was safe, and was working with health officials and within Government guidelines to meet health and safety requirements.

As well as Iwi, event organisers were criticised for lack of response to fans, shutting off comments on social media and leaving questions on their Instagram page ignored.

Ticketholders in the comments slammed the festival's communication in the event's latest post on social media calling for volunteers, the post was later deleted from Instagram.

"Can you at least release the lineup," a ticketholder asked.

Another angry ticket holder slammed the lack of transparency: "Can you at least release the lineup, every other festival for New Years has months ago and you seem to think [sic] rnv is one of a kind." They went on to note they felt the communication from R&V was not acceptable.

When the Herald reached out to the publicist for R&V last week they were told a decision was imminent, and they were awaiting the Government's decision around alert levels and border reopenings.

When asked by Newstalk ZB's Heather du Plessis-Allan on November 17 if Gisborne should prepare for Rhythm and Vines not to go ahead if they remained in red level, Covid Response Minister Chris Hipkins said it could be a possibility - "unless they get their vaccination rates up much faster than they are at the moment".

Festival organisers declined to respond to Hipkins' comments at the time.