Education Minister Chris Hipkins is warning parents it would be wrong for them to assume that all schools will reopen as soon as the lockdown ends.

"That's not going to happen," he told the Epidemic Response Committee this morning.

Hipkins said parents would need to prepare to have their kids at home for longer than the four-week lockdown period. 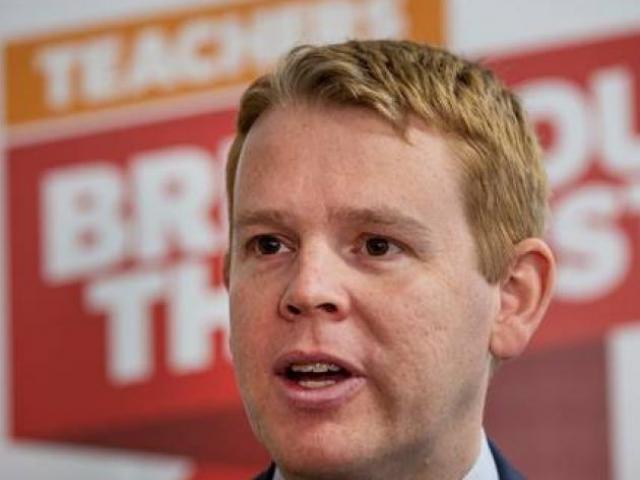 Education Minister Chris Hipkins. Photo: NZ Herald
"It's going to be a progressive reopening of the system, rather than a big bang all at once."

The same went for tertiary institutions and early childhood centres as well.

Although Hipkins said that at level three there would be more flexibility, it would take a while for most schools to reopen.

New Zealand is just past the halfway point in the four-week lockdown period – however the Government has always maintained that the lockdown can be extended.

Prime Minister Jacinda Ardern has so far provided no confirmation as to whether level four would be extended.

Hipkins said the key measure as to when schools would reopen would be based on health advice.

The Government was working on a number of different packages and initiatives in this area for when New Zealand goes back down to level three.

Hipkins thanked the entire educational community for "keeping the system running" over the lockdown.

"It's been incredibly difficult," he said.

He also thanked parents who have their kids at home – "I want to take my hat off to them".

The number of people claiming benefits has jumped by more than 23,000 people, compared to this time last year.

According to just-released monthly data, 310,000 people are now on benefits.

The number of people seeking the JobSeeker payment is up more than 15% on the same time last year – or 20,000 more people.

However, most of the increase does not take into account the impact of Covid-19.

"You can expect an increase that's for sure," Minister for Social Development Carmel Sepuloni told MPs on the Epidemic Response Committee this morning.

About 152,000 people now claim the unemployment benefit - an increase of almost 6000 people in the past month alone.

Within a week, 22,000 applied for the benefit, however many of these were duplicates and not all were approved.

The data comes as the economy grapples with the economic impact of Covid-19.

The benefit numbers are expected to rise this month, and after the Government's wage subsidy expires.

Sepuloni said from now on the ministry would be releasing benefit numbers weekly.

She did not have figures on how high unemployment will climb, although Treasury did, she said.

That unemployment data will be unveiled next week.

But she said revealing this information prematurely would not be in the public interest.

Sepuloni said a lot of people who were working in the hospitality sector have moved to working in horticulture – for example in the kiwifruit sector.

Both Sepuloni and Hipkins fronted to the committee this morning.

Several officials will outline the Government's Covid-19 response in terms of education and social development.

There will also be a lot of interest in the $88 million distance learning package Hipkins unveiled yesterday.

The Ministry of Social Development (MSD) has yet to update its figures, but more up-to-date data is coming out around midday, the New Zealand Herald understands.

Treasury Secretary Caralee McLiesh said this week that she expected the unemployment rate to rise to between 5 per cent and "well into double digits".

That's a significant increase on the current 4.3 % unemployment rate.

Finance Minister Grant Robertson has said the Government was expecting more people to go on benefits.

As a result the Ministry of Social Development (MSD) would be beefed up, he said.

He said this week the impact of Covid-19 would be a "quantum" worse than that of the 2008/09 global financial crisis (GFC), when unemployment rose to 6.7%.

Sepuloni is expected to be questioned about the increase, and whether or not the ministry can handle it.