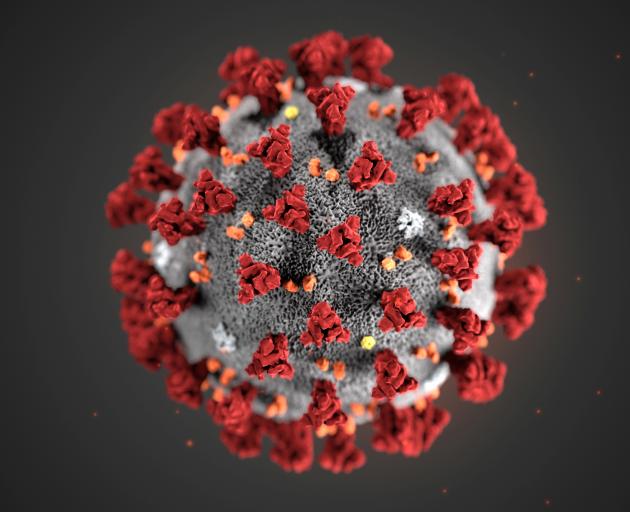 The corona virus is seen in an illustration released by the Centers for Disease Control and Prevention (CDC) in Atlanta, Georgia. Image:MAM/CDC/Handout via Reuters

A person is being held in isolation with the first suspected case of coronavirus in New Zealand.

Director-General of Health Ashley Bloomfield on Friday confirmed a patient in Auckland City Hospital was being tested for new virus which has killed more than 200 in China.

The results are expected on Saturday.

"They have a special isolation room in the hospital and it has what's called 'negative pressure ventilation'. That basically stops the possibility of the virus being carried out in the air," Bloomfield said.

The person is thought to have come forward themselves and Bloomfield encouraged anyone else with symptoms to do the same.

The announcement came after a meeting of the Government's top executives, the Officials Committee for Domestic and External Security Coordination, at the Beehive on Friday afternoon.

Bloomfield said officials were still hammering out the details of a possible evacuation of New Zealanders from the city of Wuhan - the centre of China's coronavirus outbreak.

The Government on Thursday revealed it was chartering an Air New Zealand flight to bring home Kiwis caught in the lockdown in the region, and Prime Minister Jacinda Ardern has confirmed more than 100 have asked to come home.

But details remain sparse, with no decisions announced about when the flight may happen, where and how those brought back may be quarantined or whether permissions has been granted by the Chinese Government.

"I can say there is an awful lot of working going into the logistics of getting the flight into China," Bloomfield said.

Ardern earlier said some countries had waited as long as a week to get clearance to remove the citizens.

New Zealand was also considering ways to use the flight to help those from neighbouring Pacific nations if spaces were available, she said.

While the World Health Organisation on Friday morning declared the coronavirus outbreak a public health emergency of international concern, the Ministry of Health says the announcement doesn't mean there will be any changes to New Zealand's current efforts.

"What it does is it emphasises and endorses the actions New Zealand has taken to date," Bloomfield told reporters.

"We have acted very much in line with the WHO advice."

There would be no urgent changes to how flights arriving from areas hit by the outbreak were being screened or travel restrictions, Bloomfield said.

He said the virus appeared to be less deadly than initially thought and not highly contagious.

Currently only passengers on direct flights from China are being screened.

National Party health spokesman Michael Woodhouse has called for more to be done.

"[Screening] needs to be broadened to include all passengers who have travelled from or through affected countries," he said.

"Another step the Government should be seriously considering is screening passengers arriving on cruise ships who have been through affected countries."

But Bloomfield defended the response as "appropriate, effective and in line with the pandemic place we have in place".

The Government on Friday also confirmed testing for the coronavirus could now be done in New Zealand, with ESR saying it could provide results within 24 hours.

About 9700 cases have been confirmed in China so far.

Another 98 cases have been reported in 18 other countries, although they include no deaths and only a handful have not come from people travelling out of China.