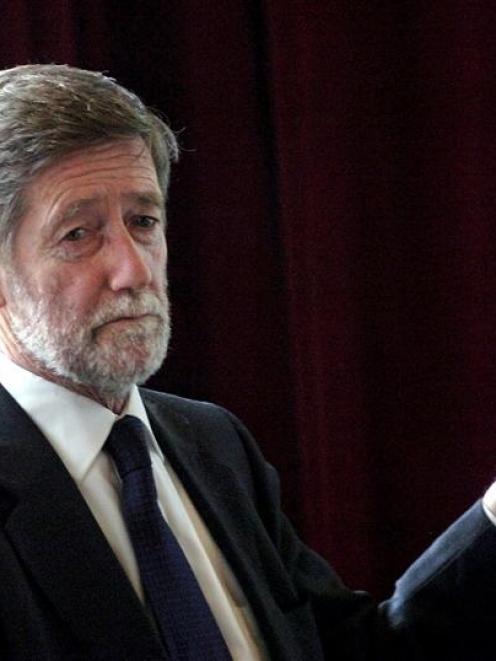 However, the uncertainties of a two-month campaign rule out making more "definitive" claims.

"It's not a prediction. It's a forecast. I'm forecasting a National-led government and I haven't changed that [forecast] since shortly after the last election," he said last night.

Balclutha-born Mr James reflected on election prospects at a presentation, organised by Deloitte, to about 80 people at the Dunedin Club.

Mr James said the odds were on a National-led government, given concerns about the economy, households being squeezed and a "black" mood felt throughout the country during autumn and winter.

There had also been "wear and tear" on a three-term Labour-led government, and the Government's political management had slipped last year but had recently improved.

National was back in shape, was disciplined and had a new attractive leader who was of the rising political generation, and had enjoyed a "huge poll lead for 18 months".

However, some recent polls, including one showing strong gains in economic confidence, provided some hope for Labour.

Mr James, whose political column appears in the Otago Daily Times each Tuesday, said he had been mistaken in 1996 when he had not foreseen New Zealand First's decision to support a National-led Government.