There is indeed a place for everything and Dunedin National Party list MP Michael Woodhouse has been striving, with varying degrees of success, for everything to be put in its place.
His first endeavour at tidying things up came way back on August 27, when he and his fellow finance spokesman Andrew Bayly, having gone through the Budget with a fine-toothed comb, wrote to Controller and Auditor-general John Ryan to say they were not happy at all. 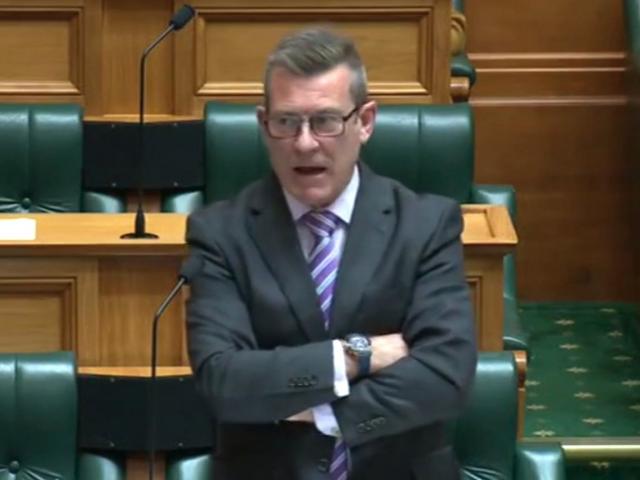 Accountants both, they had spent a no doubt fun-filled few weeks scrutinising the Budget documents and trying to piece together where various brand-new government initiatives were actually being funded from.
This is not a task to take on lightly.
Budget documents are huge, and they are complicated — unsurprising, given that they are an account of how the Government intends to spend billions upon billions of dollars each year.
Out of all those billions, Messrs Woodhouse and Bayly identified $450million or so worth of announced government expenditure they could not reconcile with any references within the Estimate of Appropriations — the documents where, in simple terms, the Government puts forward its best guess how much money it will spend how in the next year, unexpected emergencies such as global pandemics notwithstanding.
A $100million boost to combating wilding pines, a $40million investment in tackling weeds and pests, a query over Crown Land expenditure and — ironically given Mr Woodhouse’s former interactions with the homeless community —  a $300million spend by the Ministry of Health for a homelessness package — could not be traced by the Opposition.
Mr Ryan wrote back this week to say he had checked the men’s math and discovered that the wilding pines project had been missed out by mistake, as was the pests and weeds work and the Crown Land appropriation.
The homelessness package was there it turned out but it had been called something else, making it more than a little difficult to find.
Mr Ryan concluded that some of the issues raised were inadvertent but, vitally for the political reasons that all this ferreting had been done, he also said it was crucial that complicated funding processes for policy initiatives should be able to be tracked by members of the public.
Mr Ryan then doubled and trebled down by adding that he had raised similar concerns recently, about the Provincial Growth Fund and over Covid-19 Response and Recovery Fund initiatives for good measure. 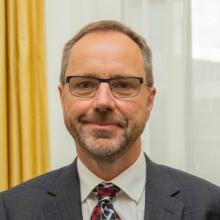 John Ryan
‘‘Accountability to Parliament and the public for major Government policy initiatives cannot be discharged simply through public announcements of those initiatives,’’ Mr Ryan said, handing Mr Woodhouse a stick with which he will no doubt beat Finance Minister Grant Robertson with for months to come.
The previous week, with his shadow leader of the House hat on, Mr Woodhouse was less successful in trying to convince the Government that its plans to progress the Pae Ora (Healthy Futures) Bill — better known as the health system reforms — were untidy and ridiculous.
Before debate on the much-anticipated legislation began, Parliament spent almost a hour wrangling over Health Minister Andrew Little’s intention that a special select committee be set up to deal with the Bill.
This is not unprecedented — special committees have been set up in the past to deal with issues such as abortion law reform and the creation of the Auckland super city.
But Mr Woodhouse was not alone in questioning whether a separate select committee was needed in this instance as the perfectly suitable and not currently over-taxed health committee, chaired by Invercargill Labour list MP Liz Craig, was already available.
He was not alone in his bewilderment: Act New Zealand, predictably, and the Green Party less so, also voted against the new committee.
The Greens voted against to ‘‘uphold the mana of the health committee’’, which given its membership includes at least half a dozen medical professionals who it might be assumed have some expertise in health matters, seemed reasonable enough.
Act and National made those points too, but also took themselves into treacherous territory by questioning whether the fact that the Bill, among other things, will establish the Maori Health Authority necessitated the creation of a new committee with stronger Maori representation.
Mr Little’s argument was that the make-up of the committee would permit the Crown to meet its Treaty of Waitangi obligations in a way that had not been provided for in any other piece of legislation.
Mr Woodhouse fired back that the health committee could simply have co-opted additional Maori members for its deliberations, but that his biggest concern was the suggestion that the committee was considered to need ‘‘a requisite number of people of a certain ethnic background’’ and that that created what to his mind was ‘‘an incredibly concerning precedent’’.
Not that Labour’s plans were going to be thwarted, but bringing ‘‘a certain ethnic background’’ into the debate helped Mr Woodhouse not at all.
His first point was entirely valid, to the point where a government support party agreed, and simply stopping there would have given Labour less ammunition for its retaliation.
Making his second point only served to undermine the first point and arguably made the debate an unnecessary one about race rather than an important one about the efficient use of parliamentary resources.
There is, of course, another argument, that Budget lines and creation of select committees are beltway issues, purely procedural, and not important enough to be spending many hours of taxpayer-funded time on at all.
However, that is exactly the point ... it is the taxpayer’s time and money which is at the centre of both of these issues, and Mr Woodhouse was doing his job as an opposition MP to question whether the utmost care was being taken with them on either occasion.