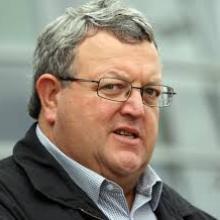 Australia's armed forces will be boosted by new submarines and aircraft - but the New Zealand Government won't confirm if more money is on the way for the military here.

The Australian Government today unveiled the details of its full long-awaited white paper, which outlines $A195 billion ($NZ210 billion) will be spent over the next decade.

"When the New Zealand Defence white paper is released shortly it will similarly reflect those shared values and security perspectives, including the importance of interoperability between our defence forces."

In its white paper, the Turnbull Government has vowed to increase defence spending to two per cent of GDP by 2020-21.

The armed forces will be beefed-up by plans to build 12 new submarines, nine frigates, 12 offshore patrol vessels, and 15 aircraft.

Mr Brownlee would not comment on whether New Zealand's defence spending will be boosted.

He said the military spending of allies, including Australia, did not influence how much New Zealand invested.

"The New Zealand Defence white paper will be released in the coming weeks. New Zealand's defence relationship with Australia is our closest and most significant."