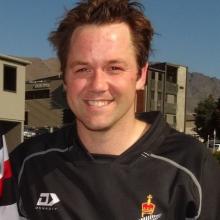 Hamish Walker
It is fair to say Lumsden seldom registers on the political Richter scale - a search of Hansard shows the northern Southland township has been mentioned a mere 22 times in the House since 2003.

Nine of those times have been in the past 12 months though, as local disquiet has steadily built to become an issue with broader implications.

Few things are more important to such places than maternity services as people are, quite literally, their lifeblood.

Lumsden is proud of the Lumsden Maternity Centre,

a facility which was created by the community and for which locals have enthusiastically fundraised for years to fit it out with the best equipment possible.

That trepidation changed to anger after the SDHB announced that the Lumsden Maternity Centre was proposed to become a "maternal and child hub", and outrage after it confirmed that decision following public consultation.

While it is easy to make the SDHB out as the villain in all this, it did have a thankless task in front of it.

The SDHB's parlous financial state is well known, and the review was in part instigated by the need to distribute scarce resources across the largest DHB region in the country.

Someone, somewhere was always going to feel they had missed out, and in this case the people of Lumsden - and Te Anau and Wanaka for other reasons - felt it was them.

While the shift to LMC becoming a hub has now taken place, that does not mean the battle is over.

Parliament's health select committee is still considering a petition in the name of Clutha-Southland MP Hamish Walker which calls for Lumsden Maternity Centre to be saved. 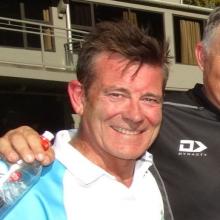 Michael Woodhouse
On Wednesday, four locals appeared before the committee, as it slowly moves towards deciding what its response to the petition will be.

That decision is where the political fur is going to start flying.

The health select committee has eight members, and is split evenly between Government and National MPs.

Shane Reti, Matt Doocey, Michael Woodhouse and Nicky Wagner can be expected to back their National colleague, Mr Walker.

They may win: if they do not, expect a fiery minority report.

Things get more complicated on the other side of the table. 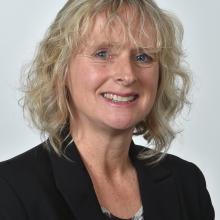 Liz Craig
If this becomes a party lines matter, committee chairwoman Louisa Wall and her Labour colleague Angie Warren-Clark might be expected to vote against progressing the petition.

However, their Invercargill-based colleague Liz Craig faces a tough choice, as she and fellow southern MP New Zealand First's Mark Patterson have expressed disappointment about the Lumsden decision and/or other aspects of the SDHB's maternity review.

Mr Patterson is not on the committee but has been sitting in on the Lumsden petition in place of his colleague Jenny Marcroft.

Both MPs are viewed by locals as having sympathy for their plight, and both have fielded direct pleas from them for help.

Each has a tricky few weeks ahead, balancing local loyalties with wider party interests as they decide the fate of Mr Walker's petition.

As a former rugby referee, Michael Woodhouse no doubt dispensed a few yellow or red cards in his time.

On Wednesday he had the unusual experience of being on the receiving end, being ordered to leave the House for the first time in 10½ years as an MP.

Mr Woodhouse's sin, to which he immediately confessed, was to interject while Speaker Trevor Mallard was on his feet.

Ordinarily that might have been greeted with a glare and nothing worse, but as Mr Mallard was revving up to administer sterner punishment to Mr Woodhouse's colleague Nick Smith he picked exactly the wrong moment for a bit of sledging.

Unkind souls might quip that Mrs Dean often causes confusion, but on this occasion Kaikoura MP Stuart Smith was to blame for the mayhem at the start of Mrs Dean's speech.

His proposed amendments to the Bill were not in numerical order, which sparked a delay while all and sundry flicked through their papers to, hopefully, all arrive on the same page and work out what Mrs Dean was actually meant to be talking about.

"I think we're all a little confused at the moment."

Thank you, it's just what I wanted

The latest register of pecuniary interests is out, where MPs list their property and gifts in aid of transparency.

Among the more exotic gifts were the tapa mat, royal photo book and royal framed picture Rino Tirikatene received from Lord Fakafanua, Speaker of the Legislative Assembly of Tonga.

Less glamorous fare was on offer for Liz Craig though, who declared a helicopter flight to view wilding pine control work.