National Party leader Judith Collins has revealed Kiwis wanting to start a business will be able to access up to $20,000 from KiwiSaver under its small-business policy.

She told Mike Hosking on Newstalk ZB this morning that the money belonged to people yet they couldn't access it.

"The rainy day is here now but they need to have that start. It's their money so why can't they use it?"

The policy is intended to involve measures to make it easier for people who have lost jobs through the Covid-19 economic downturn to start a business.

Collins explained the National policy was about creating a way for cash-strapped people who had lost their job in the wake of the Covid lockdown to get businesses going with their retirement funds.

"Many of us, including myself, have set up and run successful businesses and sold them off at a profit over the years and we know how to do this and we know what's needed," said Collins. "Sometimes you need a bit of capital and if it's your money why can't you use it?"

She said an announcement would take place this morning outlining the rules around accessing KiwiSaver funds for new businesses. 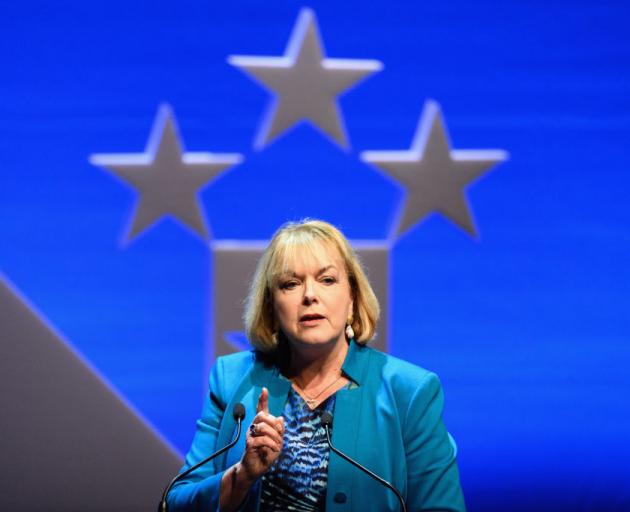 "The main thing is it's already your money because it's in your KiwiSaver account. I've been told by so many people I've got all this money stuck away and I can't access it, I'm losing my job, I know how I could make a living but the problem is I can't access my money."

"Even to buy a ute or something, something to get your business going."

Collins is due to reveal more details about the policy at a press conference at 9.30am.

It is the first new policy she has announced since being elected leader on July 14 that has not involved infrastructure or transport.

Former National leader Simon Bridges unveiled a policy in May to refund GST for businesses badly affected by Covid19.

If the business could demonstrate that its revenue had fallen by more than 50 per cent across two successive months, it would be able to claim back the GST it had paid between July 2019 and January 2020, up to a maximum of $100,000.

The next leader, Todd Muller, unveiled the Job Start policy that would give businesses $10,000 for every new employee they took on after November - $5000 at the time of hire and another $5000 after 90 days.

Collins announced earlier this month that, if elected, it would spend $31 billion over 10 years to fix Auckland's congestion crisis and transform the Upper North Island into the most dynamic region in Australasia.

She described it as "the biggest infrastructure programme in New Zealand's history".

"It's time for boldness and a long-term vision," she said, adding that Aucklanders have been waiting for such a plan for "generations".

More than half of the $31b, some $17b, would be spent on projects in the upper North Island, including Auckland, Hamilton, Tauranga and Whangārei.

But the focus of the package is Auckland – a city that Collins said is currently a "collection of disconnected villages".

The other $14b, which has yet to be allocated to specific projects, will be spent on transport and infrastructure projects across the country.

What is disturbing about this story is Collins attitude towards Kiwisaver.

It is meant to be a retirement savings plan, not a venture capital fund for new business.

The worry here is what a National government would do to Kiwisaver, if this is their leaders attitude towards it.

Thanks Judith, you just confirmed how I will be voting in September.

The previous commentator makes a valid point. Kiwisaver is a retirement savings scheme. Allowing people to access their funds for the purpose of kickstarting a business is very shortsighted. However new start business survive the first two years? Around 50% last time I checked. So half of them will lose their kiwisaver and will remain dependent on state pensions/superannuation when they retire. We already know that that scenario is not feasible.
As I said, short term expediency, National is really good at it, never a thought to the longer term.